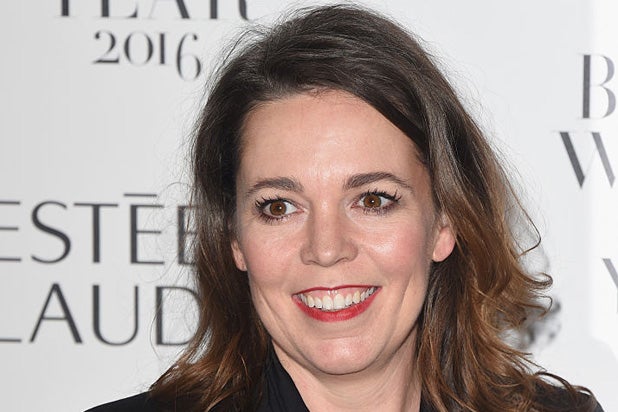 “The Favourite” actress Olivia Colman will be voicing a guest character in an upcoming episode of “The Simpsons,” the cartoon’s executive producer James L. Brooks tweeted Friday.

“Just this second came from recording one of the best guest appearances in Simpson’s history. No kidding, I am flying,” Brooks said in the tweet. “Olivia Coleman playing the most down home femme fatale ever who attracts every man she’s ever met but falls hard, harder than she ever imagined, for Homer Simpson.”

Colman will voice a character named “Lily” in an episode titled “The 7 Beer Itch” that will air next spring, a Fox spokesperson told TheWrap.

The animated sitcom, which is heading into its 31st season in September, has several other celebrity guest actors lined up for future episodes, including Jason Momoa, John Legend, Chrissy Teigen and Bob Odenkirk, according to EW.

Colman won this year’s Oscar for Best Actress for playing Queen Anne in Yorgos Lanthimos’ “The Favorite.” She recently appeared as Queen Elizabeth II on Netflix’s “The Crown” and as Godmother in Amazon’s “Fleabag.” She is also known for the British drama series “Broadchurch,” and another Lanthimos film, “The Lobster.”

“The Simpsons,” which has been on the air since 1989, follows nuclear plant employee Homer Simpson and his family, which includes wife Marge, son Bart, and daughters Liza and baby Maggie, as well as other Springfield residents. The long-running sitcom was renewed for seasons 31 and 32 in February, which will bring it well past 700 episodes.

The stars of “Ozark,” “When They See Us” and “House of Cards” participate in TheWrap’s Emmy screening series

Also Read: ‘Ozark,’ ‘House of Cards’ and ‘When They See Us’ Stars Share Worst Moments on Set (Video)