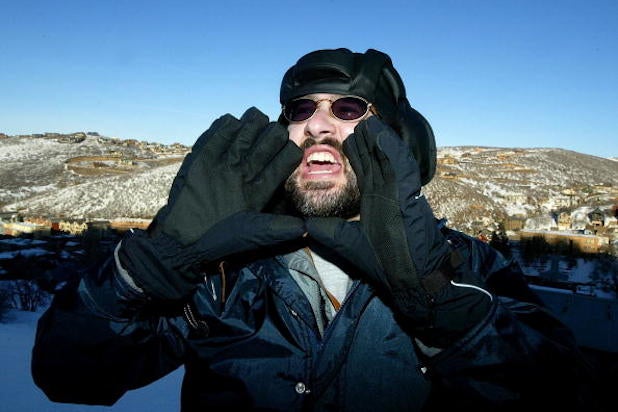 Bruce Broughton may be up in arms that the Academy of Motion Picture Arts and Sciences disqualified his song “Alone Not Yet Alone” from Oscar consideration for illicit campaigning, but this is hardly the first time Broughton has been involved in a scandal involving the music categories of the Oscars.

In 2004, Broughton was a member of the music branch executive committee and a member of the Board of Governors. That same year, Broughton and his fellow governors eliminated an entire category from the Oscars, “Best Original Musical,” despite the fact that all five eligible films had followed the letter of the Oscar rules explicitly, including all the campaigning rules.

The “Best Original Musical” category had been on the books for a few years (indeed, a version of it is still there), but the eligibility rules were arcane at best. Eligible films had to have at least five original songs, by the same songwriting team and had to tell the story of the movie. In other words, films based on Broadway musicals or other pre-existing music could never be eligible. The rules stated clearly that if there were indeed five eligible films in any given year, then three would get nominated and one would win.

Fortunately for me, I had directed and co-written one such eligible musical that year called “Open House,” starring Oscar-nominee Sally Kellerman. I helped recruit several other eligible musicals that year, including Trey Parker and Matt Stone‘s “Team America: World Police,” Disney’s “Home on the Range” (with music by 8-time Oscar winner Alan Menken) and Neil Young’s film “Greendale.”

I was in regular phone contact with Academy staff for four months as we explored whether the Academy had a real intention of activating the category. During this time, we repeatedly reached out to Broughton and his fellow music governors to see if they were serious. Neither Broughton, nor the others, ever replied; leading us on by their silence.

Along with filmmaker Robert Peters, I even traveled to Germany to film what would be the fifth eligible musical. We had less than two weeks to shoot an improvised musical that had enough songs to be eligible, but would be so horrible it wouldn’t draw any votes from our first movie, “Open House.” In short, we had nine days to make a bad German musical. It was like a real life version of “The Producers”!

It sounds silly, but we did everything by the book, and called the hard-working Academy staff at least once a week to make sure we were still on track and following all the rules. They thought we were a bit nuts, but repeatedly told us in so many words that if we had five eligible films, then the Board of Governors would activate the category, as their rules specified. It didn’t matter if the films were objectively “good” — they just had to have the right number of eligible songs.

But once the Board of Governors met, they were apparently stunned that this category existed at all. They categorically cancelled the category for that year for no good reason (staff told me later that the Board was even too embarrassed by abrogating their own rules to issue a written press release explaining their decision). The best explanation was that they held grudges against Parker and Stone (for wearing dresses the last time they were nominated), they had a grudge against Neil Young (for some perceived slight when he had a song nominated for “Philadelphia”), Alan Menken had too many Oscars as is and my two films had a combined budget less than the cost of an Oscar gift basket.

In short, Broughton and his fellow music branch governors threw us under the bus. They’re the ones who wrote the bizarre rules of the Best Original Musical category; and all we did was follow them. Instead of standing up for the musical genre that it seems is “celebrated” every year at the Oscars, they ignored us when we needed their guidance, and rolled over when we needed their support.

In the end, things worked out OK: Based on the press from the scandal, we got distribution for “Open House” from the Weinstein company that proudly boasted on our DVDs “from the film that changed the rules of the Academy Awards!” After some re-editing, the German film, “Half Empty” won awards on the festival circuit and found a small distribution deal. Trey and Matt cleaned up at the Tonys with “Book of Mormon,” Alan Menken still has his 8 Oscars, and Neil Young’s doing just fine, too.

But for Broughton — who boasted several weeks ago that he had emailed his fellow music branch members who all knew him as a former Governor — I find it difficult to take pity. The very nature of how the 240-member music branch evaluates songs intrinsically levels the playing field for independent films. Could the campaign rules be better and more equitable? Sure. But Broughton, more than anybody, knew the rules and went out of his way to flout them. Nine years ago, I knew the rules and followed them and had an entire category involving two of my films disqualified. Sorry, Mr. Broughton, but to quote Oscar-winning songwriter John Lennon: “Instant Karma’s gonna get you.”