Slowly but surely, theatrical releases are bouncing back, as the Academy has named 301 feature films eligible for Best Picture at the 95th Academy Awards. This is a rebound from last year when 276 films qualified, after 366 films were in competition for the 2020 Academy Awards.

All 301 films are listed in alphabetical order on the Academy’s website, from “After Yang” and “Aftersun” to “The Woman King” and “Women Talking” and beyond.

In order to be eligible for consideration for the 95th Academy Awards, films needed to be in compliance with several Academy rules, opening in a commercial motion picture theater in at least one of six major metropolitan areas in the United States, including Los Angeles, New York City, the Bay Area, Chicago, Miami and Atlanta, between Jan. 1, 2022 and Dec. 31, 2022, completing a minimum qualifying run of seven consecutive days in the same venue. Feature films must have a running time of more than 40 minutes. 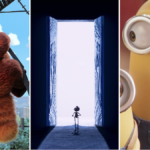 Also Read:
27 Films Are Competing for the Animated Feature Oscar – How Many Do You Know?

The Academy also clarified: “To be eligible for Best Picture consideration, films must have submitted a confidential Academy Representation and Inclusion Standards entry as part of the submission requirements.  Meeting inclusion thresholds will not be required for eligibility in the Best Picture category until the 96th Oscars.”

The nomination voting window opens Thursday and closes next Tuesday, Jan. 17, with nominations announced Tuesday, Jan. 24, 2023. The 95th Academy Awards ceremony will take place on March 12, 2023, at the Dolby Theater in Los Angeles, with ABC airing the ceremony live and in more than 200 territories worldwide.