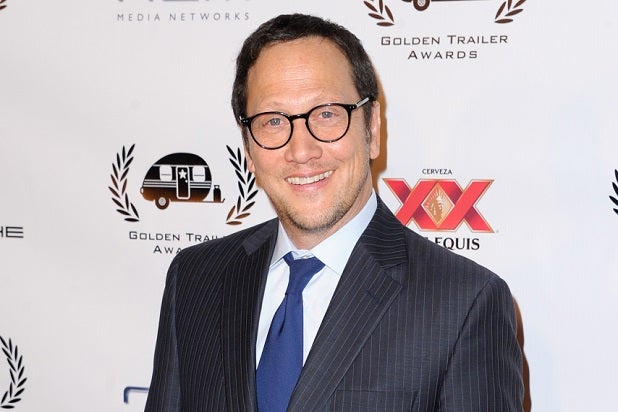 Kobe Bryant isn’t the first famous person to be rejected for membership in the Academy of Motion Picture Arts and Sciences.

In 2003, Rob Schneider applied to become a member of the Academy — the organization that gives out the Oscars each year — and was denied entry because the actors branch decided that the “Saturday Night Live” alum had not showed enough range in films like “The Animal” and “Deuce Bigalow: Male Gigolo.”

“There were some people who felt that basically he has played very similar characters over and over,” Bruce Davis, the Academy’s executive director, told the Wall Street Journal after the organization decided not to extend an invitation.

Schneider, who had acted in more than 20 movies and starred in such hits as 1999’s “Deuce Bigelow,” had his supporters. And his application sparked a spirited debate about the nature of comedic acting among a committee led by his “Waterboy” co-star Kathy Bates and Tom Hanks, the Journal wrote.

Ultimately, the committed declined to extend an invitation — and Academy membership was considerably more competitive in those days with the majority of applicants getting rejected.

However, Davis said he took the extra step of sending Schneider a personalized rejection letter, encouraging the star to reapply and noting that the Academy “will find it easier to endorse you for membership in the Academy once you’ve turned in a strong performance, comic or otherwise, that showcases additional strengths.”

Despite the personalized note, Schneider felt stung by the rejection, telling the Journal that it was “tough enough just trying to get work as an actor” without being so harshly judged by peers. “What the hell was I thinking, wanting to join an organization like that, anyway?” he added.

He wrote a public letter of reply to the Academy. “All I wanted was the free DVDs! Jesus Christ! That’s the only reason anybody joins the Academy, for the free DVDs!” He added: “Though it was ‘still a turn-down,’ my thanks to the ‘remarkably distinguished committee of actors’ for considering me (Ed Begley Jr.?). I guess I still have my work cut out for me. Thanks for the encouragement. I’m just glad I was close. I’ll try my best to ‘turn in a strong performance, comic or otherwise,’ very soon, and to work on those ‘additional strengths.'”

Since 2004, Schneider has spread his wings a little bit: He made his directorial debut with “Big Stan” in 2008. And he has continued to appear in several box office hits, including 2010’s “Grown Ups” opposite Adam Sandler, which grossed $271 million and led to a sequel in 2013.

Schneider’s reps did not immediately respond to TheWrap’s request for comment about whether he later sought membership in the Academy. He has never been included on the the list of Academy invitees that has been released every year since 2004.

Bryant, who won an Oscar for the animated short film “Dear Basketball” in March, did not make the cut to get an invitation to the Academy this year, Variety reported on Wednesday.

Though a membership committee in the Academy’s Short Films and Feature Animation Branch voted to invite the former NBA star to join the ranks, the Academy’s governors committee, which has final say-so on membership, overruled the decision.