ViacomCBS hit 36 million global subscribers combined between its streaming platforms, primarily Paramount+ (formerly known as CBS All Access) and Showtime OTT, in the first quarter of 2021, the company reported Thursday.

That’s up from the 30 million subscribers worldwide that ViacomCBS said it had across CBS All Access and Showtime on Feb. 24, just ahead of the March 4 rebrand of CBS All Access into Paramount+. 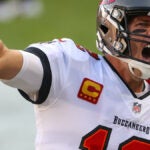 Per ViacomCBS, its Paramount+/Showtime OTT subscriber growth in the quarter, which ended March 31, was led by Paramount+, where “the biggest drivers of sign-ups were live sports and specials, including the Super Bowl, NCAA Tournament, UEFA Champions League, Oprah with Meghan and Harry and The Grammy Awards, as well as kids’ content, including programming from the SpongeBob universe and iCarly, and original programming, including The Stand and Star Trek: Discovery.”

ViacomCBS’ says its original programming, content from cable brands and Paramount movies drove “almost half” of Paramount+ subscriber engagement. And globally, Nickelodeon programming was an even more “significant” factor in signups and engagement.

Meanwhile, Showtime OTT “delivered its best quarter ever in sign-ups, streams and hours watched,” according to ViacomCBS, a record attributed to streaming of original series “Your Honor” and “Shameless.”

ViacomCBS revealed its new streaming subscriber numbers along with its first-quarter 2021 earnings Thursday. In those results, the company said its streaming revenue rose 65% versus Q1 2020. Streaming ad sales were +62%, driven by advertising on Pluto TV, Paramount+ and other digital video platforms, and streaming sub revenue was +69%, reflecting +63% growth in global streaming customers.

Readers can find out more about how the company did in its Q1 2021 earnings here.