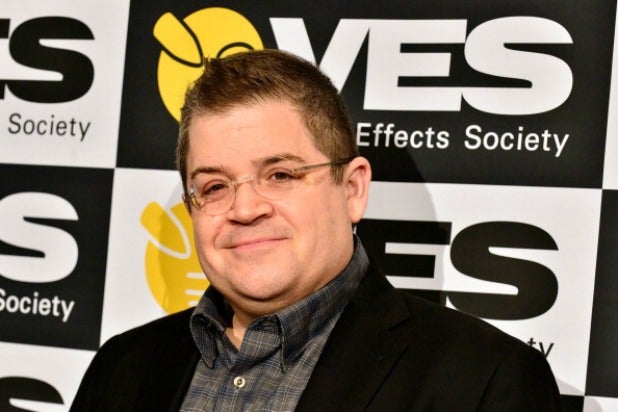 Patton Oswalt does not really plan to hand out doves, falcons or any other kinds of birds when he hosts the Independent Spirit Awards on March 1.

The actor-comedian told TheWrap that his joke last week about handing out birds to the winners was only a joke. The birds plan was announced in a video and straight-faced press release, and Oswalt subsequently talked about it in a conference call with reporters. The joke fooled plenty of news outlets, which dutifully reported the plan.

But Oswalt was just kidding.

“That was never a thing. We just did it as a joke and a video and for some reason either someone in the media or the ISAs themselves tried to make it seem real. It was always that one joke. It was never gonna be a real thing. I’m sorry that they tried to make it a thing. I don’t know why they did. It was a very simple throwaway joke,” he told TheWrap on Thursday, a week to the day after the press release went out.

“I don’t know why I have to keep answering this question. It’s not your fault. You got dragged into this the same as me,” he said. “But it was not a real thing. Ever.”

Also read: Patton Oswalt on Boston Bombings: ‘The Good Outnumber You, and We Always Will’

He said again at the end of the interview, “We’re not doing the birds thing.”

Here is the press release that started all the trouble (story continues below):

We talked with Oswalt, who imagined a masterful “Star Wars”-Marvel team-up for “Parks & Recreation,” about why he’s not getting his hopes up for Episode VII — and about why Shia LaBoeuf should pay Oswalt’s friend, Daniel Clowes, for stealing his ideas.

It seems like you have a really good B.S. meter, and a lot of these shows are just people patting each other on the back.
Yeah! That’s why you do them. It’s a pretty harsh industry. So it’s nice that you get together and say, “Hey – you did something good.” I’ve never really had a problem with that. [Laughs.] And if an awards show overlooks one thing or overlooks another thing, that’s cause for more argument and discussion about an art form that I love. So that parts never really bothered me.

I saw your tweets to Shia LaBoeuf today, telling him he should pay Daniel Clowes. You’ve been a victim of plagiarism yourself, so I can imagine you taking this personally.
Well, Dan Clowes is a friend of mine. … He’s a friend of mine who got his stuff stolen. … I’m standing up for a very creative friend of mine that was a huge influence on me.

You said recently on Wits that on a scale of 1 to 10, your hope for the new “Star Wars” is in “negative integers.” Are you just not allowing yourself to get excited about it?
I think what I was trying to say was I had such high hopes going into the prequels that maybe if I turn the energy of those hopes the other way, something good will happen. … I’m keeping my mind blank. I think that’s the best policy.

I’m not letting myself look forward to it, so I can only be happily surprised.
Yeah. I think that’s the best thing to do.