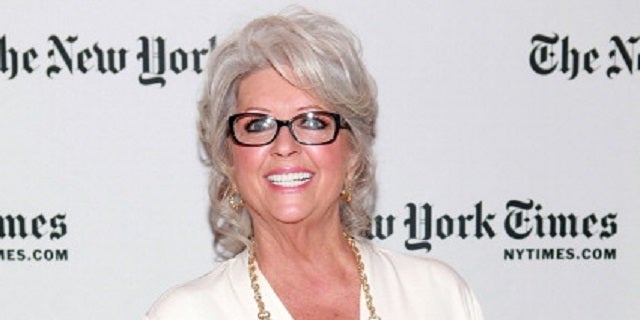 Things aren't looking good for Paula Deen right now, but the embattled celebrity chef may be able to cook up redemption by following a few simple steps.

Deen has been dishing out heaping piles of crow since admitting to using the N-word at least once. Numerous apology videos. A "please don't hate me" interview on NBC's "Today." But numerous business partners — Walmart, Caesars Entertainment, Target, QVC, the list goes on — have either severed ties or put her at arm's length.

But all is not necessarily lost. TheWrap spoke to a number of experts, who agree that she can rebuild her business empire if she plays her cards right. They outlined a recipe for redemption.

The first step for Deen on the comeback trail? She needs to shut her mouth — at least when it comes to talking about the crisis.

Every attempt on Deen's part to talk her way out of the growing scandal has so far backfired. After publishing awkward, and occasionally bizarre, apology videos online Friday, Food Network announced that it wouldn't be renewing Deen's contract when it expires at the end of June. Deen's next attempt at a face-saving appearance — an appearance on Wednesday's "Today," during which she seemed more concerned with painting herself as a victim — had the reverse effect intended: Walmart and Caesars Entertainment dropped her.

Brent Poer, president of Starcom MediaVest Group's LiquidThread, said Deen did herself no favors by focusing on her own woes during the "Today" appearance. (During the sit-down, Deen asserted that she wouldn't have fired herself if she was in the Food Network's shoes, adding, "I am so very thankful for the partners I have who believe in me.")

"She shouldn't be talking about her advertising and her business; she should be trying to make amends with the African American community," said Poer, whose company focuses on branded content. "The best thing she could do is stop talking and start doing something, actions are going to speak louder than her empty words."

A well-placed donation to an organization won't do the job, Poer told TheWrap. He said Deen has to show a good-faith effort through actual deeds.

"I don't think you can buy your way out of a situation like that," Poer offered. "She has to do it in a way that's authentic in the way she's always been."

Ross Johnson, the founder of Johnson Public Relations and a crisis public-relations expert who's worked with troubled actor Wesley Snipes, believes that Deen would best be served by disappearing for a while and letting the public forget her weepy attempts at face-saving.

"What Paula Deen needs to do is just have to accept that she’s on the bad side of the spin cycle and lay low for a couple of weeks," Johnson told TheWrap. "The camera does not necessarily like a tremendous amount of tears. The audience has reacted very strongly to her grief and not in a good way."

While the damage to Deen's reputation might seem insurmountable at the moment, Poer and Johnson say that Deen can weather the storm, and even rebuild her business relationships — though it's not going to happen overnight.

"If people show some level of remorse, America is a country that invented the comeback," Poer offered. "As long as people really do try to learn and grow as people, brands will eventually come back, but there's always going to be a cooling off period."

"She has a chance to do a reboot," Johnson agreed. "The thing about crisis is there is a silver lining and you can come back stronger."

But first people have to miss Deen. Which isn't going to happen if she doesn't make herself scarce first.

"She can go away," suggested crisis management expert and CEO of RLM Public Relations Richard Laermer. "These people they never realize how much America likes a comeback story. leave. Do not give any more interviews. Just stop talking. It's not like she needs the money. She should just go somewhere and cook."

And while Deen's kitchen heats up, hopefully the situation will cool off.