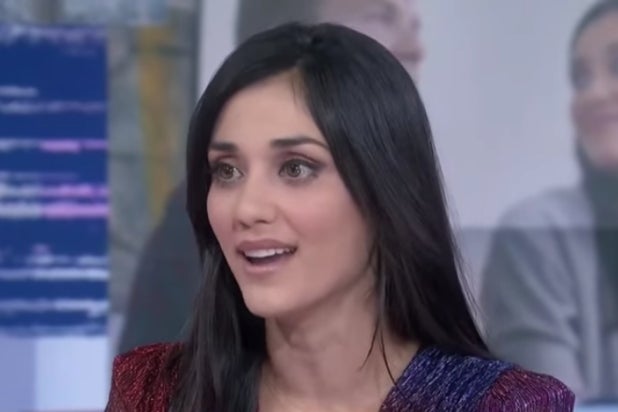 Things are looking up for Monica Ruiz.

The actress known for playing the “Peloton Wife” in that one commercial, has landed a guest spot on CBS soap opera “The Bold and the Beautiful.”

A description of Ruiz’s role has not yet been revealed, but reps for the show confirmed that she will appear in two episodes which are set to air on CBS in late January. “The Bold and the Beautiful” has been airing since 1987 and follows the powerful Forrester family and the Los Angeles fashion scene.

Called “The Gift That Gives Back,” the Peloton ad, which has gone viral for all the wrong reasons, features a woman (Ruiz) who documents a year’s worth of using the equipment via selfie videos. At the end of the commercial, she and her partner sit down on the couch view her entire selfie journey on TV, and then she thanks him for changing her life. The spot began running in early November, but gained traction during the Thanksgiving holiday week, leading to the intense online backlash for what many called “cringeworthy” and sexist elements.

However, the actress’s career trended up when “The Proposal” actor Ryan Reynolds decided to take her under his wing, hiring her to act in a commercial for his Aviation Gin brand.

On Thursday’s “Tonight Show,” Ruiz explained to host Jimmy Fallon how “within a few hours of her ad” Reynolds and his team had tracked her down — which was not easy — to try to get her to participate in the ad, which you can watch here. Ruiz was also interviewed on the “Today” show.

Where does “A Hidden Life” rank among the legendary auteur’s output?