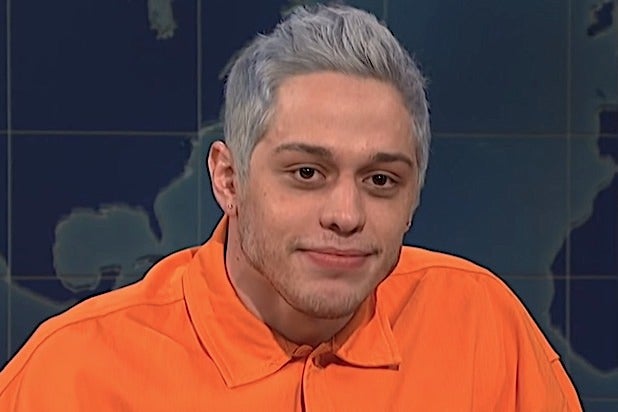 For “Saturday Night Live” fans who tuned in to the show’s 45th season premiere last night, there was one lingering question after the cameras turned off: where was Pete Davidson?

Davidson had taken a leave of absence from “SNL” last season after posting a troubling Instagram post in which he confessed that he didn’t “want to be on this earth anymore.” Fortunately, Davidson was missing last night for a much better reason: he was in Atlanta working with James Gunn on the upcoming sequel to “Suicide Squad.”

Some of #TheSuicideSquad (and Pom). Many of us are doing weird things in this photo. After a screening of Joker (thanks @wbpictures!)

On Saturday, Gunn posted a picture on Instagram with Davidson and several other members of the cast of “The Suicide Squad,” including Margot Robbie, Nathan Fillion and Jai Courtney. The photo was taken following a screening of “Joker,” which hits theaters this Friday.

Davidson’s role in “The Suicide Squad” is being kept secret for now, but he will be appearing in a loaded cast that includes Gunn’s fellow Marvel Cinematic Universe alums Michael Rooker and Taika Waititi, as well as John Cena, Idris Elba and Viola Davis. The film is set for release on Aug. 6, 2021.

Along with this DC movie, Davidson is also set to star in an animated adaptation of the newspaper comic “Marmaduke” lending his voice to the famous dog, as well as in the 2020 dramedy “Staten Island,” which he co-wrote with Judd Apatow.