Academy Award Winner Peter Ramsey will direct “Blood Count,” a period vampire thriller for Paramount, according to an individual with knowledge of the project. Paramount recently picked up the project and is in development.

Ramsey, who will be making his live action directorial debut on the film, will also write the script. Details about the project are being kept under wraps. 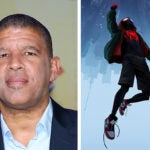 Also Read:
‘Into the Spider-Verse’ Director Peter Ramsey: ‘Growing Up I Never Had a Superhero Like’ Miles Morales

Ramsey is best known as being the first Black filmmaker to direct a major American animated film, 2012’s “Rise of the Guardians,” and for co-directing 2018’s “Spider-Man: Into the Spider-Verse.” Ramsey is also the first Black filmmaker to get nominated and win the Academy Award for Best Animated Feature for “Into the Spider-Verse.”

Next up, Ramsey will executive produce the two back to back “Spider-Man: Into the Spider-Verse” sequels along with fantasy mini series “Lost Ollie” for Netflix, which he executive produced and directed. Ramsey is also developing “love Vain,” a biopic about Blues music pioneer Robert Johnson, which is also set up at Paramount.

Ramsey is represented by Verve and attorney Todd Stern.