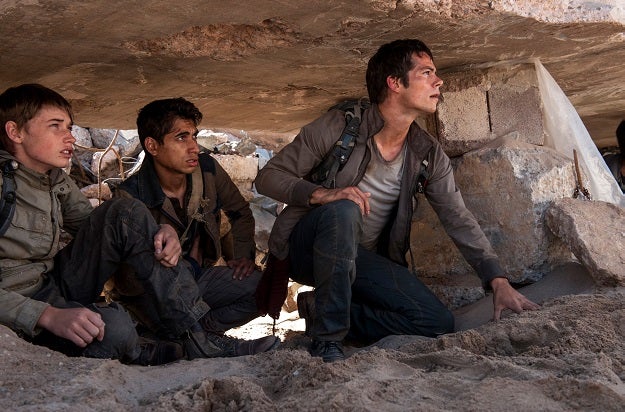 A 19-year-old fan has started a Care2 petition which demands actors, crew members and the director of  “Maze Runner: Scorch Trials” apologize for allegedly stealing ancient artifacts from their filming location outside Albuquerque.

Petition author Maeve Cunningham says it was “highly offensive” when the film’s star Dylan O’Brien revealed in an interview on “Live With Kelly and Michael” in September that the cast was warned to stay away from certain areas, but took items belonging to the Pueblo tribe anyway.

“I watched Dylan’s interview, and this disappointment hit me when he mentioned how he and other members of the cast disturbed the site and took pieces from it,” Cunningham said. “Native American rights are important to me, and hearing someone who you have a lot of respect for completely disregard someone else’s culture and basic human rights in such a disrespecting manner was just this big letdown for me. I believe a lot of other fans are disappointed and angry, too.”

During the interview, O’Brien talked about the film’s shooting location at Diamond Tail Ranch, a 22,000-acre property which houses Native American ruins and pottery shards.

“We filmed in New Mexico, Albuquerque, in these mountains, this ancient Indian burial ground, I guess, and it hadn’t been used for filming ever before,” he said during his interview. “[We were told to] respect the grounds. They were really strict about littering and don’t take any artifacts, like rocks, skulls, anything like that, and everyone just takes things, obviously.”

Also Read: 'Maze Runner: The Scorch Trials' 'Runs and Runs Without a Destination': 10 of the Worst Reviews

The petition has almost 22,000 signatures. Cunningham hopes the Care2 petition will lead the actors and other crew members to apologize.