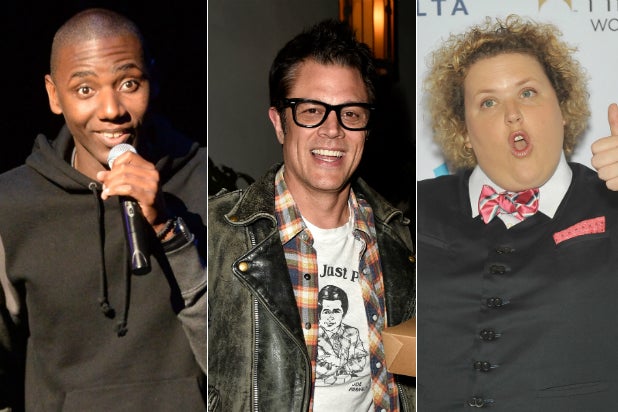 “Based on a true story” is a big sell for the big screen, but does it work for television? If this year’s crop of pilot orders is any indication, networks are hoping so.

Following the success of ABC’s controversial midseason show “Fresh Off the Boat,” based on comedian Eddie Huang’s eponymous memoir, execs are betting on autobiographical series to fill their 2015-2016 schedules. Eight pilots in the mix at ABC, CBS, FOX and NBC are described as semi-autobiographical, based on the life of the lead actor or inspired by the true life story of one of their producers.

ABC has two projects forthcoming from Fortune Feimster (“Chelsea Lately”) and Dan Savage — a sex and relationships columnist who co-founded the “It Gets Better” campaign — based on their experiences coming out as gay to their families. The network’s two other autobiographical pilots land on the opposite end of the spectrum: “Delores & Jermaine,” an odd-couple sitcom inspired by comedian Jermaine Fowler’s life, and a Johnny Knoxville project recounting how his 12-year-old self became the prankster he is today (a la “Everybody Hates Chris” and ABC’s own “Fresh Off the Boat”).

CBS and NBC are on the board with one autobiographical comedy each. CBS ordered a pilot based on the life of comedian Tommy Johnagin, which follows him as he raises a family in the same small Midwestern town where he grew up. NBC’s offering is the much-awaited Jerrod Carmichael pilot, inspired by his relationships with his family and girlfriend.

FOX appears to have the only autobiographical drama among the 2015 pilots. “Studio City” is inspired by writer/producer Krista Vernoff‘s real-life experience seeking fame as a singer while living with her drug dealer father. The network has also ordered a comedy pilot loosely based on the real decision by Weezer frontman Rivers Cuomo to take a hiatus from his band at age 30 and go to college. Cuomo serves as an executive producer, so “Detour” can be considered semi-semi-autobiographical.

Of course, comedians have long drawn upon their own experiences for standup material — and TV shows, in turn, have drawn upon standup as fodder for episodes (see “Seinfeld,” its hollow lookalike “Mulaney” or “Everybody Loves Raymond”). But the pilots ordered for 2015 may be indicative of a trend among networks to find relatable, believable characters telling plausible stories — because they happened in real life.

The Scene at TCA: Funny, Frank and Flippant Quotes From the 2015 TV Press Tour (Photos)