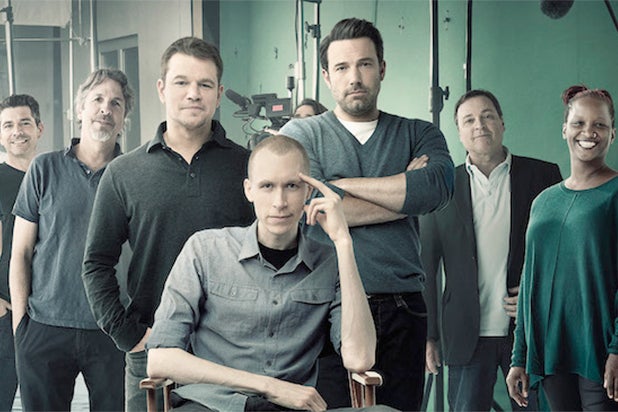 “Though it may not be obvious, the majority of ‘Project Greenlight’ titles come from a line spoken inside the episode,” the company said in a statement via HBO. “An earlier cut of the one that aired Sunday included another chaotic day on set resulting in the remark ‘this is a hot ghetto mess.’

“In a scramble of last minute edits and changes, however, that scene was removed. The episode was then renamed the ‘The Pivot’ but the change was not reflected on the delivered master. It was a production mistake for which we take full responsibility. HBO is taking steps to correct the title across it platforms.”

The racially charged accidental title is not the first time “Project Greenlight” has caused controversy.

The first episode of the season featured an exchange between Matt Damon and Effie Brown on hiring a diverse director.