“Promised Land” has been pulled from ABC’s primetime schedule after just five episodes. The drama will move to Hulu and finish its 10-episode run there.

The series, which focuses on a Latinx family in Sonoma Valley, has been very low rated in its short run — but critical reviews remain strong. “Promised Land,” which currently averages 2.9 million total viewers per episode, including one week of (mostly) DVR catchup, has a perfect 100% score on Rotten Tomatoes, though it’s only based on seven critics. 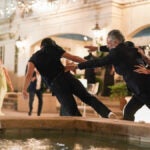 “Promised Land” is technically not canceled — yet. There has been no decision about a potential Season 2, an ABC insider told TheWrap.

“‘Promised Land’ is a beautifully executed and tremendously entertaining series of which everyone at our company is extremely proud,” an ABC spokesperson said. “We know it has a passionate audience that is very invested in this show, and those viewers will be able to stream all subsequent episodes exclusively on Hulu every Tuesday for the rest of the season.”

The spokesperson continued: “We are continuing to pursue an audience-first approach in an effort to make sure that all of our shows find the right audience, regardless of platform — and this move aligns with our company strategy that there is a home for every show.” 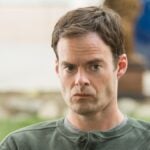 All “Promised Land” episodes that have already aired on ABC are available now on Hulu.