Singer R. Kelly has been sentenced to 30 years in prison after a jury last fall found that he exploited and sexually trafficked women and children for years, using his celebrity and star power to draw them into his orbit.

Federal prosecutors had asked for a sentence in excess of 25 years for Kelly, 55, and he could spend the rest of his life behind bars. The decision was handed down by Judge Ann M. Donnelly in a Brooklyn courtroom Wednesday, saying that “the public has to be protected from behaviors like this.”

“These crimes were calculated and carefully planned and regularly executed for almost 25 years,” Donnelly said per the New York Times. “You taught them that love is enslavement and violence.”

Kelly declined to make a statement prior to his sentencing via his lawyer, and when asked directly by the judge, Kelly responded, “Yes your honor, that is my wish,” according to The New York Times.

In September, Kelly, whose real name is Robert Sylvester Kelly, was convicted on nine different felony charges, including eight counts of sex trafficking and one count of racketeering based on the sexual exploitation of children and violating the Mann Act, which bars the transportation of people across state lines for prostitution. 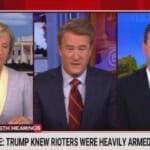 Also Read:
Joe Scarborough Tells Mark Meadows He’s in ‘Deep S–‘ Unless He Turns on Trump: ‘He Will Stab You in the Back’ (Video)

Kelly appeared in court during the sentencing hearing on Wednesday, in which six different women who had testified were also given the chance to make witness statements and address Kelly directly. One of the women, identified as Angela, said during a string of emotional remarks from other accusers that “With every addition of a new victim, you grew in wickedness,“ according to The New York Times.

“You used your fame and power to groom and coach underage boys and girls for your own sexual gratification,” she added. “We reclaim our names. … We are no longer the preyed-upon individuals we once were.”

A judge on Tuesday denied Kelly’s defense attorney’s request for an acquittal and a new trial after arguing that prosecutors misused the racketeering charge. His defense is expected to appeal the ruling.

Across a trial in Brooklyn that lasted 5 1/2 weeks last year, a jury heard testimony from 50 witnesses overall as prosecutors laid out their case against R. Kelly in that he used his power and influence to “target, groom and exploit girls, boys and women.” 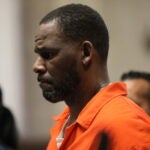 The Grammy-winning singer known for songs like “I Believe I Can Fly” and “Ignition (Remix)” became the subject of one of the most high-profile cases of the #MeToo era, spawning a damning documentary series called “Surviving R. Kelly” and being the subject of more reports that have accused him of overseeing an enterprise that for decades recruited women and girls to have sex with him. He had also come under scrutiny for his annulled, 1994 marriage to the late singer Aaliyah when she was 15-years-old. Kelly’s case was also rare and notable for being one of the few trials composed of largely Black women accusers and witnesses.

Kelly at the time had plead not guilty to all of his charges and has fiercely denied any misconduct. R. Kelly last year returned to court after previously being acquitted on child pornography charges in 2008, a time in which Kelly rose to stardom and continued to perform.

Kelly also stands to face another trial in Chicago that begins on August 1. In that case, the singer faces charges related to child pornography and other federal crimes. 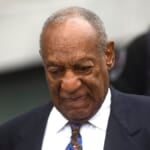