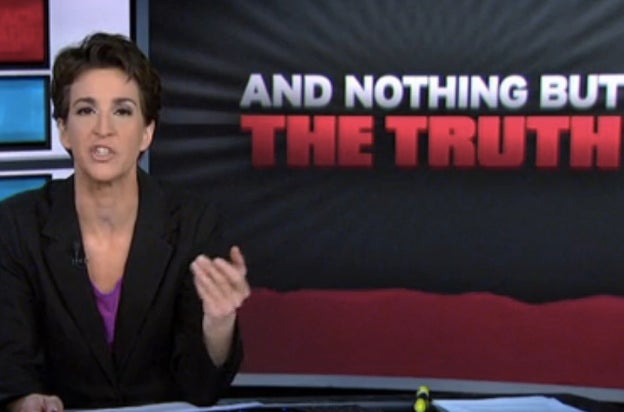 Rachel Maddow opened her program Wednesday focusing on the recent controversies surrounding Fox News’ Bill O’Reilly, zeroing in on one questionable story he’s told that, to date, neither Fox News nor O’Reilly have addressed.

Maddow summoned a passage O’Reilly wrote in his book “Killing Kennedy,” and further reiterated on Fox News, that says he was at the doorstep of George de Mohrenschildt — an associate of John F. Kennedy assassin Lee Harvey Oswald — in Florida when he committed suicide.

Also Read: Bill O’Reilly vs. Brian Williams: Why the Media Is Treating Them Differently

Audio tapes have emerged in recent days that show O’Reilly was in Dallas, Texas when he was informed of the suicide and said he would travel to Florida the next day. “I’m coming down there tomorrow, I’m coming to Florida,” O’Reilly is recorded saying after he was told about de Mohrenschildt’s suicide.

“Mr. O’Reilly does not seem to have been standing on the porch listening to the gunshot ring out as the guy killed himself — not unless the guy’s porch was long enough to extend from that house in Florida all the way into Texas where Bill O’Reilly was working as a Dallas reporter.”

Maddow went on to discuss the problem Fox News Channel has on its hands.

“The Fox News Channel now has a problem, right?” Maddow said. “Even on a business level, a media level with the face of their network, their flagship anchor having all this stuff trailing him around with no plausible explanation for what exactly he said and did and why they haven’t tried to at least fix it.”