Ralph Emery, a beloved radio and television host who covered the country music industry, died Saturday. He was 88 years old.

Known as the “Dean of County Music Broadcasters,” Emery interviewed stars like Neil Young and Johnny Cash, as well as former president Bill Clinton, during his historic career. His son told the Associated Press he died of natural causes after a week-long hospitalization in Nashville.

Country Music Hall of Fame CEO Kyle Young released a statement Saturday commemorating Emery, who was inducted into the Hall of Fame in 2007: “Ralph Emery allowed fans to get to know the people behind the songs. His conversations revealed the humor and humanity of countless country music stars. Above all, he believed in music and in the people who make it.” 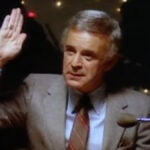 Fans and contemporaries from Nashville and beyond also paid him tribute. Steve Cavendish, editor of the Nashville Banner, tweeted, “For most of three decades, Ralph Emery had one of the most-watched local morning shows. He broke so many country acts (Lorrie Morgan, the Judds) and was on in everyone’s homes. His radio work is important, but that show was so huge.”

Country music star Loretta Lynn wrote, “It breaks my heart to learn of Ralph Emery’s passing. Ralph and I go way back. He was a Nashville original and you cannot underestimate the role he played in the growth and success of country music. He made you feel at ease and interviewed everyone just like an old friend.”

Tanya Tucker also shared a statement, tweeting, “I’m heartbroken about losing Mr. Country Music & good friend Ralph Emery… He was so good to me throughout my career and a big part of it… we’re losing so many warriors that really held our music together… such a sad day. My thoughts, my prayers, my Love goes out to his family.” 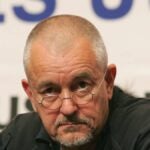