French director Jean-Jacques Beineix died in Paris on Thursday after battling a long illness, according to his brother who told French outlet Le Monde. Beineix was 75.

Growing up as a rabid movie fan, Beineix first studied medicine before going into the film business. During the seventies, he became an well regarded assistant director, working with Claude Berri, René Clément, Claude Zidi and even Jerry Lewis. 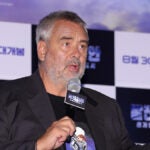 Beineix would go on to make his feature directorial debut with “Diva,” which won four César awards including best first feature.

Beineix would rebound with “Betty Blue,” based on the novel by Philippe Djian. The film received mixed reviews but was an international hit at the box office. The film would be nominated for Best Foreign film at both the Oscars and Golden Globes, and received 9 César nominations.