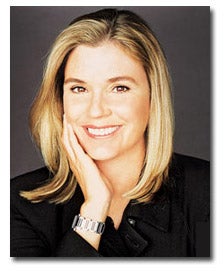 Less than a month after announcing that it would have to file for bankruptcy protection — a move that nearly saw the ousting of the company’s entire board — the Reader’s Digest Association said today it would shuffle its org chart again, giving its Condé Nast-bred executive team new responsibilities.

"Reader’s Digest Community," the division that includes the company’s 87-year-old flagship magazine, will continue to be led by Eva Dillon.

Berner said that RDA plans to “more aggressively pursue” growth initiatives; the company said that a “full suite of products” branded "Reader’s Digest Version," will be launched over the next year. The company also announced plans to launch Best You, a multi-platform community for 40-year-old-plus women, in spring 2010.

Last month, the Reader’s Digest Association, home the “world’s largest circulation magazine” and Everyday with Rachael Ray, announced that it reached an agreement with its lenders to reduce its debt from $2.2 billion to $550 million, and would file for Chapter 11 bankruptcy protection.

The Pleasantville, New York-based company said it had a $27 million interest payment due, but would exercise a 30-day grace period to “continue discussions with its lender group and other stakeholders.”

As part of RDA’s bankruptcy filing, Berner and CFO Tom Williams managed to get raises in their base salaries (Berner got $125,000 per month, up from $600,000 annual pay in 2008) and sweetened severance packages, should they be removed.