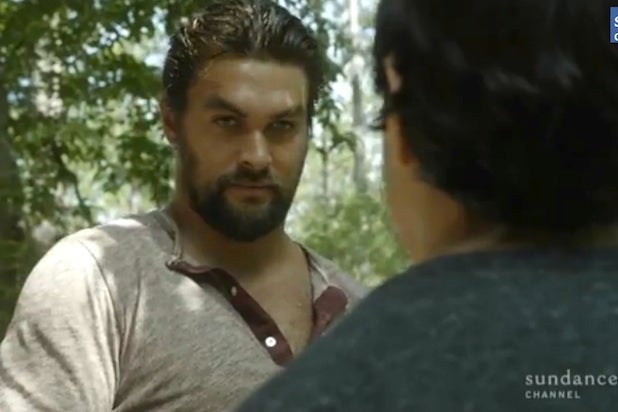 Sundance has renewed the drama “The Red Road” for a second season.

The series, which revolves around a small town and a nearby Native American tribe, is about a criminal played by Jason Momoa (“Game of Thrones”) and a cop played by Martin Henderson (“Off the Map”). The two face off when Henderson’s wife, played by Julianne Nicholson (“Masters of Sex”), hits a Native American boy after a night of drinking.

The show, which aired six episodes this year, will return for six more in 2015.

“‘The Red Road’ tells the tale of a shocking conflict which plays out in a very specific place — the land that the Native Americans live on literally oozes danger,” said Sarah Barnett, SundanceTV President. “It’s a show about what happens when you try to bury the truth, and the devastating impact of that. We’re proud of this tremendously talented cast and can’t wait to see where creator Aaron Guzikowski takes this story in season two.”

Also read: Where ‘Game of Thrones’ Draws the Line: Sex With Kids

The show comes from both Guzikowski (“Contraband,” “Prisoners”) and producer Sarah Condon (“Bored to Death”). Production will begin later this year in Georgia.

The network’s growing lineup also includes the post-death row drama “Rectify,” which returns June 19, and the upcoming miniseries, “The Honorable Woman” starring Maggie Gyllenhaal, which will premiere later this summer.