The battle over release windows continues.

Redbox sued 20th Century Fox on Tuesday to force the studio to release DVDs to the kiosk company on the day of release. 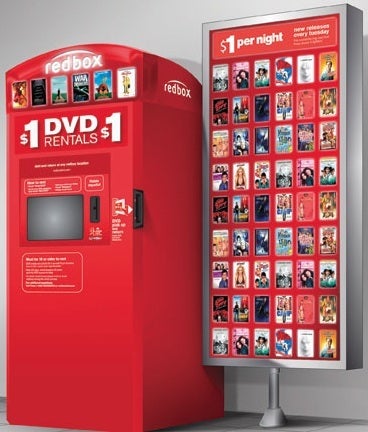 The studio has directed wholesalers to not sell its new titles to any vending operator until 30 days after street date, beginning with the fall release of “Ice Age: Dawn of the Dinosaurs.”

The DVDs will be made available in higher-cost outlets, however. Redbox rents films for $1 per night at more than 17,000 automated kiosks in the U.S.

In the suit, Redbox accused Fox of violating antitrust laws by "reducing consumer choice in the marketplace and increasing the prices that consumers must pay."

Redbox said Fox is seeking to "strangle" its low-cost rental option "to prop up an artificially high pricing scheme."

“At the expense of consumers, 20th Century Fox is attempting to prohibit timely consumer access to its new release DVDs at Redbox retail locations nationwide. Despite this attempt, Redbox will continue to provide our consumers access to all major new releases including 20th Century Fox titles at our more than 15,000 redbox DVD rental locations,” said Mitch Lowe, president, Redbox, in a statement.

Retorted Fox in a statement: "Fox spent several weeks trying to negotiate a deal with Redbox that offered Redbox varying terms that gave Redbox the option of purchasing DVDs either on the initial DVD release date or with a 30 day window. Unfortunately, Fox and Redbox could not reach an agreement …This lawsuit aims to limit Fox’s ability to make legitimate business decisions."

Redbox, which announced a five-year, $158 milllion deal with Lionsgate on Tuesday to distribute its DVDs on day of release, also sued Universal in October after it told some wholesalers to stop supplying titles to Redbox within 45 days of release. Universal countersued, and a federal judge in Delaware is set to make a ruling soon.

The company also has made an agreement with Sony to supply its DVDs on day-of-release as long as Redbox destroy its copies after their rental lives end.