Regina King kicked off her Oscars opening monologue by addressing Derek Chauvin’s verdict in George Floyd’s murder, telling the in-person crowd that she would’ve been there protesting had the jury’s decision been different.

“We are mourning the loss of so many and I have to be honest, if things had gone differently in Minneapolis, I may have traded in my heels for marching boots,” she said. “Now, I know that a lot of you people at home want to reach for your remote when you feel like Hollywood is preaching to you, but as a mother of a Black son, I know the fear that so many live with. And no amount of fame or fortune changes that.”

Earlier this week, after hearing three weeks of testimony and deliberating for just shy of two days, jurors found the former Minneapolis police officer Chauvin guilty on all counts. 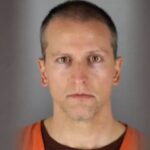 Also Read:
Kerry Washington, Ava DuVernay and More React to Derek Chauvin Guilty Verdict: ‘This Fight for Justice Is Not Over’

He pleaded not guilty to charges of second-degree murder, third-degree murder and second-degree manslaughter, after a viral video circulated of Chauvin pinning Floyd, an unarmed Black man, to the ground with his knee for more than nine minutes on May 25, 2020. Chauvin was found guilty on all charges by the jury. He was remanded into custody, and will be officially sentenced in eight weeks.

King kicked off the show, an in-person event taking place at Union Station in Los Angeles, by walking through the venue holding her own Oscar statue, which she received in 2019 for her performance in “If Beale Street Could Talk.”

This year’s Oscars theme was “Bring Your Movie Love,” and the opening monologue represented that by listing all presenters as a starring cast as King walked to the stage with no major hiccups — except for a little trip before her monologue.

Watch her speech above.