Mary Queen of Scots’ “Reign” on The CW is coming to an end.

After four years of tumultuous romantic entanglements and court intrigue, the network’s underrated soapy historical drama is set to air its series finale, which will conclude the story of the young Queen of Scotland (Adelaide Kane).

Ahead of Friday’s finale episode, TheWrap caught up with Kane and showrunner Laurie McCarthy to share a few memories of living in an Irish castle, which even more scandalous romance never came to fruition and which former cast mates they would have liked to bring back one last time. 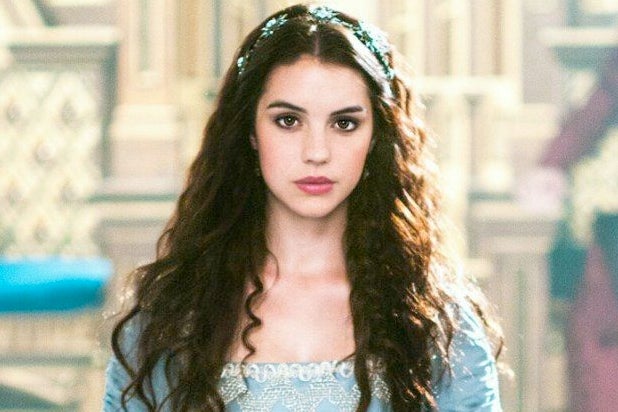 Describe your workplace environment.
Wonderful, best set I’ve ever been on. Like a family and the most beautiful sets I’ve ever seen.
Was your wifi and/or parking sufficient?
My wifi was great haha I was always closest to the box in the AD truck. I didn’t drive to work ever so parking was a non issue.
Were your own expectations of the job met? How?
Reign was more than I could have ever imagined. More challenging, more rewarding and harder than anything I’ve ever done in my life.
Did you take any memorabilia or tokens from set?
I took my chair back and some jewelry. Wasn’t allowed to take anything else.
Biggest job perk?
Free food! And amazing wardrobe.
What was a storyline you wanted to explore but didn’t get to?
Mary as a mother.
Favorite craft service item?
Muffins! And grilled cheese sandwiches.
Which costar was the biggest distraction?
Rachel, we were always trying to chat when we were both working at the same time even though we never worked on the same sets.
Which character who’s no longer on the show would you want back in the series finale?
Francis of course. And all her ladies she lost along the way.
Was there a scene or a story you wanted to play out but didn’t get a chance to?
Mary getting arrested when she flees to England after her abdication.
What scene not involving your character do you wish you could’ve played, and with which costar?
It would have been great to play out the letter writing scene IRL with Rachel as Queen Elizabeth. 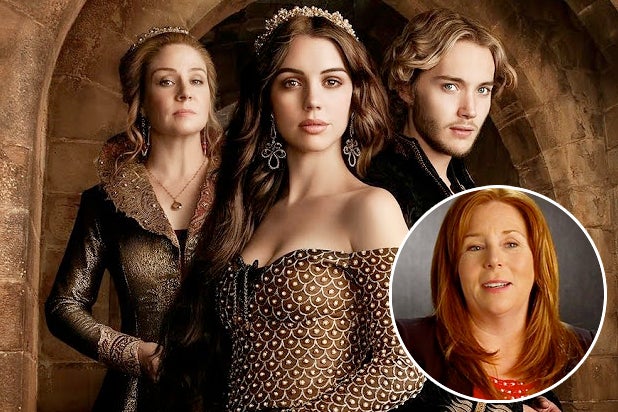 Were your own expectations of the job met? How?
I expected that things would happen that I could have never predicted, so in that way I was spot-on and completely prepared. Producing a show of such an enormous scale, shot in another country, set in a different century, isn’t the easiest thing I’ve ever done professionally but it was by far the most rewarding.

Did you take any memorabilia or tokens from set?
The sets and costumes were gorgeous, so believe me, there were a lot of things I wanted to take. Fearing I would get caught (and unable to figure out how I could get the wide plank floors from Mary’s study back to LA), I gratefully accepted a portrait that was shipped to me (although what I really, really wanted were a pair of the men’s very broken in riding boots…)

Biggest job perk?
Working with such generous, game and smart people. Also, actually living in a castle in Ireland and falling in love with Toronto.

What was a storyline you wanted to explore but didn’t get to?
There were so many. In the last season I wanted to invest more time in the incredibly complicated (and potentially one-sided and unrequited romantic) dynamic between Mary and her half-brother, James. Yep, I wanted James to be in love with his half-sister and to kind of hate himself, and her, for it.

Who was your favorite character to write for?
Anyone who was feeling particularly irreverent. In the early days that would be a toss-up between King Henry, especially once he tipped into madness, and Catherine. Always Catherine.

Which character changed the most from their original conception?
Mary. She grew into a woman, lost her idealism but managed to keep her heart open.

What was a line you wish you had written?
That is hard to say because the process on the show was so collaborative that the truth is I can’t remember which ones I wrote and which ones I didn’t. I wish the characters could have cursed more so maybe just an amusing string of invectives…

Which character who’s no longer on the show would you want back in the series finale?
Bash. Our world was big enough and strange enough that we were able to bring back some of the others we all loved and longed to see again.

The series finale of “Reign” airs Friday at 9 p.m. ET on The CW.

Mary Queen of Scots got up to all sorts of scandalous deeds, as it turns out

"Reign" may be a historical drama, but it's probably crazier and soapier than any other CW show. Here are some of the biggest OMG moments from the show's four seasons ahead of its series finale.