Ricky Gervais has a new comedy special on Netflix, and he wastes no time in taunting a marginalized group of people. Within minutes of the opening, the comic makes a slew of insulting jokes about trans people.

First, he dubs cisgender women as “old-fashioned” women, but calls them “f—ing dinosaurs.” So, he claims to love “new women.”

“They’re great, aren’t they? The new ones we’ve been seeing lately. The ones with beards and c–ks,” he says. “They’re as good as gold, I love them. And now the old-fashioned ones say, ‘Oh, they want to use our toilets.’ ‘Why shouldn’t they use your toilets?’ ‘For ladies!’ ‘They are ladies — look at their pronouns! What about this person isn’t a lady?’ ‘Well, his penis.’ ‘Her penis, you f—ing bigot!’ ‘What if he rapes me?’ ‘What if she rapes you, you f—ing TERF whore?'”

Gervais marks the second comedian in recent months to have a special on Netflix with jokes about trans people, following Dave Chappelle. During his special, Gervais addresses recent reactions to insensitive jokes, referring not to Chappelle, but to Kevin Hart dropping out as Oscars host in 2018 for his own past homophobic tweets. And in that joke, Gervais doubled down on his comments toward trans people. 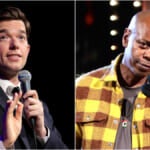 “You can’t predict what will be offensive in the future,” Gervais said. “You don’t know who the dominant mob will be. Like, the worst thing you can say today — get you canceled on Twitter, death threats — the worst thing you can say today is, ‘Women don’t have penises,’ right? Now, no one saw that coming. You won’t find a 10-year-old tweet saying ‘Women don’t have penises.’ You know why? We didn’t think we f—ing had to!”

Near the end of his special, Gervais attempts to soften his words by claiming that he actually does support trans rights. But in the same breath, he fires one last shot.

“I support all human rights, and trans rights are human rights. Live your best life. Use your preferred pronouns,” he says. “Be the gender that you feel you are. But meet me halfway, ladies. Lose the c–k. That’s all I’m saying.”

Dave Chappelle, who has also been criticized for anti-trans jokes in his Netflix special, was recently tackled on stage by a man who said he wanted to send Chappelle a message about his “triggering” jokes.

“I wanted him to know that next time, he should consider first running his material by people it could affect,” the 23-year-old stated, referencing his history with homelessness and sexual abuse, as well as his bisexual identity. “I wanted Dave Chappelle and people to know that these are things you need to be more sensitive about and not joke about.” 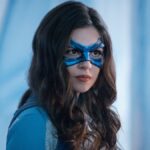