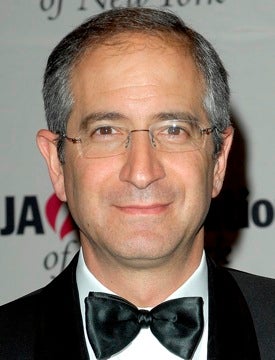 Speaking to a State of the Net conference sponsored by the Advisory Committee for the Congressional Internet Caucus in Washington, Roberts said of Zucker: “We have said Jeff’s going to be the CEO of the company, reporting to (COO) Steve Burke. I am optimistic that when we get to Day 1, we will have a full plan that is exciting.”

“One of the things that Jeff has done a really good job at,” he said, “is expanding NBC from a single channel.”

But he sidestepped questions on NBC’s late-night issues involving Jay Leno and Conan O’Brien, citing the need to avoid interfering while the deal is under review by the Justice Department and the Federal Communications Commission.

As for the merger, Roberts said it is “fundamentally a bet on America having a growth recovery, an internet expansion and television being a continuing part of our lives,”

He said that making such a bet is “not for the faint of heart.”

“The world is changing so fast, it is impossible to predict the future,” he said, “[but] I believe content will be at the center. If it is legal and not pirated and well done, value is going to flow to content.”

He said Comcast sees the deal as an opportunity for growth. “We are not top 30 on any of our channels,” he said, adding that Comcast is looking forward to synergies. He mentioned as among them tying its Golf Channel with NBC and its G4 channel with NBC’s Syfy.

Comcast and NBCU are now hoping that review concludes in the fourth quarter of this year. Two congressional hearings on the deal are now set for Feb. 4, one by the House Energy and Commerce Committee and a second by a panel of the Senate Judiciary Committee.

Both Roberts and Zucker are to testify at the hearings, as are deal critics

Roberts suggested there were limited anti-trust implications for the deal. He said normal media consolidation issues aren’t a big factor because Comcast owns no TV stations and few cable channels.

In addition. he said a federal law that requires cable providers to share programming will protect cable operator competitors.

Critics have suggested far more implications and contended that Comcast might try to move its pay model for cable to a pay model for internet TV, and they question what could happen to Hulu, which NBC owns about 30 percent of.

“I don’t know,” he said. “We don’t anticipate we will have a change in what they are doing, (but) they have to figure out how to monetize it down the road.”