On Tuesday, as part of its newfronts presentation to advertisers, Roku announced it had inked co-production deals with Marquee Brands and Milk Street Studios to develop seven brand new original series. The shows will star Martha Stewart, Emeril Lagasse and Christopher Kimball and be available to watch on The Roku Channel.

“Martha Cooks,” is the first of three shows being developed with Stewart via Marquee Brands. In the series, she’ll cook 100 of her favorite recipes. The show will see her work with world renowned chefs as well as friends, right from her home kitchen. “Martha Holidays,” the second show’s working title, will see Stewart share her secrets for a “successful and joyous holiday season,” per Roku. “Martha Gardens,” the third show, will see Stewart sharing tips, tricks and tools for gardeners of all skill levels. The series will span a year and be set around Stewart’s own 153-acre farm.

“I am so excited to bring new and engaging content and beloved episodes created by me and my team from throughout the years to the Roku audience,” Stewart said in a statement. 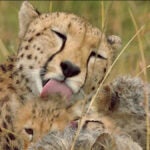 “We are thrilled to bring our viewers this standout content from culinary and cultural powerhouses Martha Stewart, Emeril Lagasse and Chris Kimball – for free,” Roku programming VP Rob Holmes said in a statement. “The Roku Channel’s impressive reach, incredibly engaged userbase and successful monetization model continues to make it an attractive destination for content partners and established talent to elevate their programming and connect with streaming audiences at scale. These exciting first-of-their-kind partnerships for Roku with Marquee Brands and Milk Street Studios, showcase our unique ability to drive value across the streaming ecosystem.”

Chef Lagasse has two shows in the works via Marquee Brands. “Emeril Cooks” will allow the chef to share some of his favorite recipes. It will also give him the opportunity to “fuse the rich traditions of New Orleans cuisine with brand new dishes and techniques inspired by Emeril’s renowned restaurant menus and line of cookbooks,” per Roku. His second show – “Emeril Tailgates” – does what it says on the label, having the chef and grill master adding his signature kick to popular tailgate dishes.

“I’m thrilled to join the Roku family and connect with viewers on the powerful and joyful experience of cooking at home for your friends and family. Get ready for new dishes, recipes and techniques that will keep you inspired and happy!” Lagasse said in a statement.

“We’re thrilled to be working with a great partner like The Roku Channel to make several of our celebrated series led by world renowned personalities Martha Stewart and Emeril Lagasse accessible to audiences for free. Martha and Emeril are two of the most trusted names in the food and home sectors and we can’t wait to serve up all-new series for millions of streamers to devour soon. This comes at an exciting time for Martha as we continue to build Martha.com into an online commerce and content destination, as well as expand our product offering with Emeril,” Neil Fiske, CEO of Marquee Brands said in a statement. 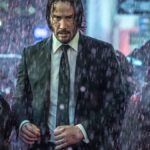 “The world of home cooking is going through a massive revolution as new combinations of flavors, techniques and recipes are being introduced to American kitchens. Christopher Kimball’s Milk Street is delighted to share this exciting new approach to putting dinner on the table with The Roku Channel’s huge audience as well as to introduce all-new Roku Original series,” Kimball, the founder of Milk Street, said in a statement.

The Roku Channel will also introduce past seasons of Stewart, Lagasse and Kimball series.