A prop master with 30 years of experience in the film industry turned down work on “Rust” over serious concerns about the production.

In an interview with the Los Angeles Times, prop master Neal W. Zoromski said he had been in talks with film managers of “Rust” to fulfill the role on the project, but that ultimately he passed after getting a “bad feeling.”

“There were massive red flags,” the prop master, whose prop credits include “Day After Tomorrow,” and “Thank You for Smoking,” told the newspaper. 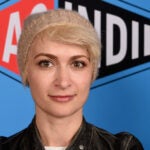 What concerned Zoromski the most was his request for five technicians in the department, a figure he revised to two due to the fim’s low budget. But producers wanted one person to serve as both assistant prop master and armorer, he told The Times.

“You never have a prop assistant double as the armorer,” he said. “Those are two really big jobs.”

Zoromski also told the newspaper that production managers were being “evasive” about certain employment questions he had, and he had difficulty obtaining a reply about the budget allocated for his kit. He also said that the production not having a prop manager two weeks out was a concern.

“In the movies, the prep is everything. …You also need time to clean, inspect and repair guns,” he told the newspaper. “You need time to fix old clocks. In period films, you are sometimes using antiques. But here, there was absolutely no time to prepare, and that gave me a bad feeling.”

Zoromski decided to pass on the role.

“After I pressed ‘send’ on that last email, I felt, in the pit of my stomach: ‘That is an accident waiting to happen,’” he said.

A rep for “Rust” didn’t immediately respond to TheWrap’s request for comment on Zoromski’s interview with the Times.

Last Thursday, cinematographer Halyna Hutchins died after being shot on the film’s New Mexico set after actor Alec Baldwin fired a prop gun that struck Hutchins and director Joel Souza. Hutchins died of her injuries after being airlifted to University of New Mexico Hospital in Albuquerque. Souza was also injured and hospitalized in the incident, though he left the hospital on Friday.