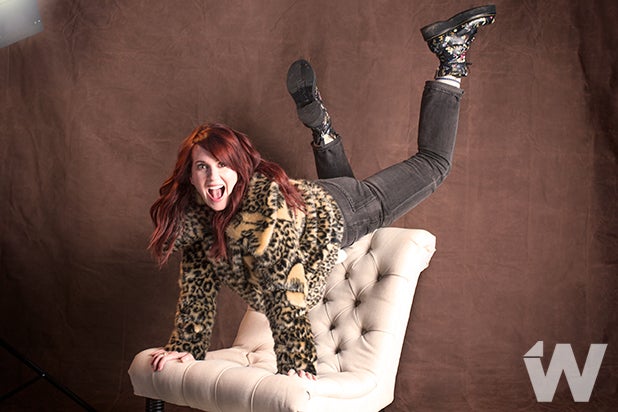 Photographed by Sarah Dunn for TheWrap

“As a frustrated casting director and full-on fangirl of great actors everywhere, I’m over the moon to be a part of the SAG Awards 25th Anniversary,” Mullally said in a statement.

“We are delighted to have the talented, warm and funny Megan Mullally to host the SAG Awards Silver Anniversary,” Connell said in a statement. “This is a very special year, and we are all looking forward to a memorable show.”

Mullally currently stars as Karen Walker on NBC’s “Will & Grace,” for which she so far has received four Screen Actors Guild Awards, two Emmys, and five Golden Globe nominations, including as part of the show’s 12-episode revival with the original cast in 2017. It has already been renewed for two more 18-episode seasons by NBC>

Mullally is also known for her recurring role as the evil Tammy, Ron Swanson’s second wife, on “Parks and Recreation,” the voice of Aunt Gayle on Fox’s animated “Bob’s Burgers,” as well as for guest roles on “30 Rock,” “Web Therapy,” “Happy Endings,” “Trophy Wife,” “Up All Night,” and more.

On the big screen, Mullally most recently starred in “Why Him?,” “The Disaster Artist,” and starred alongside her husband Nick Offerman in the indie comedy “Infinity Baby.”

Photographed by Sarah Dunn for TheWrap