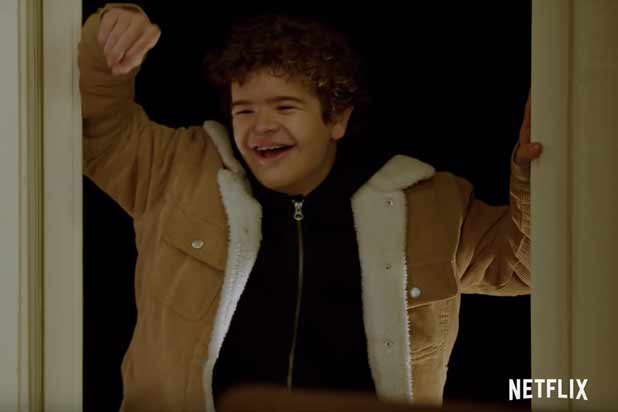 “Scare Tactics” co-creator Scott Hallock has filed a copyright infringement lawsuit over the Netflix show “Prank Encounters,” saying his former partner had no right to create a show similar to their original.

Hallock filed a federal lawsuit Tuesday against Kevin Healey and Propagate Content, the producers of “Prank Encounters,” which premiered last year and was hosted by “Stranger Things” star Gaten Matarazzo. (Netflix is not a named defendant in the lawsuit).

In the lawsuit, Hallock says when he and Healey parted ways in 2016, Healey signed over all his rights to “Scare Tactics” — a scripted comedy/horror hidden camera television show that began production in 2002 and ran for five seasons on Syfy.

Hallock is suing for copyright infringement and breach of contract and is seeking unspecified damages. Reps for Propagate did not immediately respond to TheWrap’s request for comment.

Attorney Richard Charnley, who is representing Hallock, released a statement, saying in part, “Mr. Hallock demands a full accounting of the gains, profits and other economic benefits that Mr. Healey and Propagate Content have received to date as a result of their unauthorized use of Scare Tactics IP. Mr. Hallock also seeks damages resulting from infringement that impairs the ability to further license Scare Tactics franchise content; to reboot and produce new episodes; payment of attorney’s fees, interest and costs; and that production of the copy-cat TV program cease permanently.”