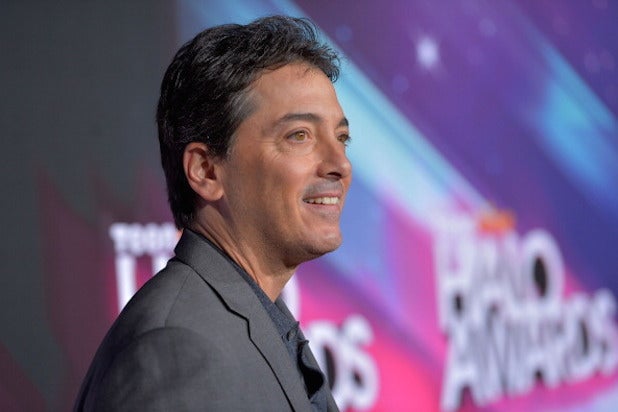 Scott Baio is reacting to the wrath of Donald Trump haters on Twitter who are voicing their distaste after the actor agreed to speak at the upcoming Republican National Convention in Cleveland.

The former 1980s television heartthrob, famous for roles on “Charles in Charge,” “Joanie Loves Chachi” and “Happy Days,” announced Saturday on Fox News that he was personally asked by the Republican presidential candidate to step up to the podium at the RNC.

“I was at a fundraiser for Mr. Trump the other night with my wife and he invited me to speak at the convention, which was completely unexpected and out of left field,” Baio told Fox News.

And now that Baio has spoken about speaking, the internet has spoken too.

The following represents a mix of disapproving tweets, Baio’s responses and some — including from a fake Trump account — who are voicing approval about the actor’s upcoming date at the RNC:

If Scott Baio was not a Trump Supporter, he wouldnt be receiving the hateful words he is right now-Just bc of the candidate he supports. Sad

So @ScottBaio is speaking at the GOP Convention so it's open game for all the haters to take get 1 second of fame. ScottBaio is a good dude????

They wonder why minorities and women aren't flocking to Trump. The reason is people like @ScottBaio https://t.co/uclGxNVOOq

So Scott Baio is a featured speaker at the GOP Convention for @realDonaldTrump . At least Mitt Romney was able to get Clint Eastwood.

Also Read: Republican National Convention: What Could Go Wrong? Pretty Much Everything

These police shootings are getting out of hand. Can't wait to see what Scott Baio says at the convention to calm our grieving nation.

Trump asked Scott Baio to speak at the GOP Convention. It's an episode of Phony Loves Chachi.

I hope Donald Trump appoints Scott Baio the "Charles In Charge Of Making America Great Again" at the convention.