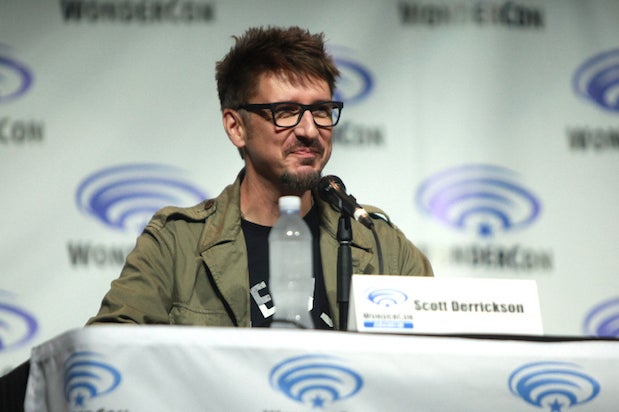 “Doctor Strange” director Scott Derrickson will direct “Black Phone” for Blumhouse and Universal, according to an individual with knowledge of the project. Derrickson and frequent collaborator Robert Cargill adapted the script based on Joe Hill’s short story.

Mason Thames (“For All Mankind”) and Madeleine McGraw (“Toy Story 4,” “Secrets of Sulphur Springs”) are set to star in the film.

Although plot details are being kept under wraps, the book synopsis is as follows:

Imogene is young and beautiful. She kisses like a movie star and knows everything about every film ever made. She’s also dead and waiting in the Rosebud Theater for Alec Sheldon one afternoon in 1945. Arthur Roth is a lonely kid with big ideas and a gift for attracting abuse. It isn’t easy to make friends when you’re the only inflatable boy in town. Francis is unhappy. Francis was human once, but that was then. Now he’s an eight-foot-tall locust and everyone in Calliphora will tremble when they hear him sing. John Finney is locked in a basement that’s stained with the blood of half a dozen other murdered children. In the cellar with him is an antique telephone, long since disconnected, but which rings at night with calls from the dead.

Derrickson, Cargill and Jason Blum, for Blumhouse, are producing the film. Joe Hill is an executive producer. Universal and Blumhouse will present the Crooked Highway Productions.