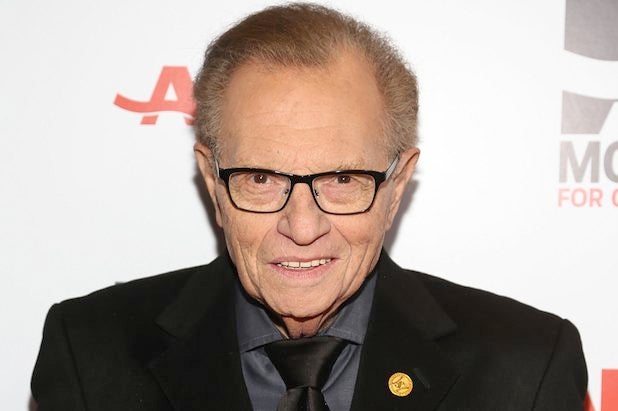 Don’t put words in Larry King’s mouth, or he just might drop a lawsuit in your lap.

Former “Shark Tank” contestant Nathaniel “Nate” Holzapfel was hit with a lawsuit on Wednesday by Larry King Enterprises and ORA Media, accusing Holzapfel of wrongfully using a “mock interview” that King agreed to do with Holzapfel as a favor.

The suit, filed in federal court in California, alleges that Holzapfel “used false pretenses to obtain Larry King’s participation in a mock interview, then infringed Plaintiffs’ common law trademarks and rights of publicity to make it appear that Larry King endorsed Defendants’ commercial activities when, in fact, he has not done so.”

According to the complaint, King agreed to do the mock interview, conducted in 2013, “as a favor to a family member.” The suit goes on to say that King agreed to provide Holzapfel with a copy of the interview, “for the limited and sole purpose of using excerpts from it in a ‘sizzle reel’ that Holzapfel could privately submit to a few television producers and others, in the hopes that those producers would hire Holzapfel for a television program. Holzapfel agreed to use the recorded Mock Interview only for that limited purpose.”

However, the suit says, Holzapfel stepped beyond that agreement.

The suit continues, “Defendants also used Larry King’s name to falsely imply Mr. King’s endorsement and promote themselves and their services in another part of that electronic press kit which falsely states that ‘Larry King…loves Nate because Nate makes everyone feel like they are the most important person in the room,’ statements Mr. King never did and never would make.”

The complaint adds that it was made to seem that Holzapfel had appeared on “Larry King Now,” when in fact he did not.

TheWrap has reached out to a representative for Holzapfel for comment on the suit.

Holzapfel appeared on three episodes of “Shark Tank” from 2013 to 2014, successfully pitching the Mission Belt. He also appeared on the companion series “Beyond the Tank.”