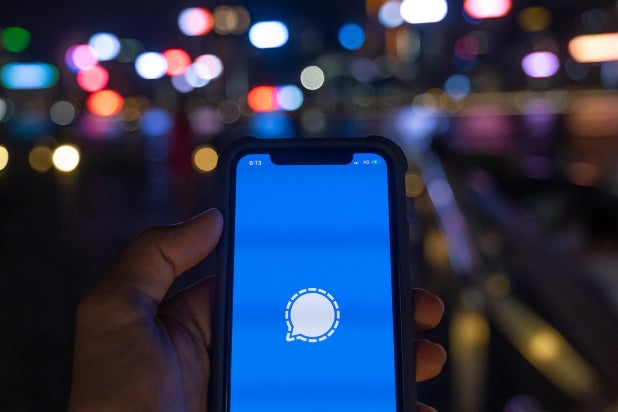 Users of Chinese messaging app WeChat are flocking to alternatives after President Trump signed an executive order calling for a ban of the Tencent-owned company’s operations in the U.S.

Installations of Signal, an encrypted texting app based in the United States, rose 30% in the six days following Trump’s Aug. 6 executive order signing according to a new report from app analysts SensorTower.

“Most of Signal’s users are in the U.S., where it saw 1.6 million installs in the first half of this year,” SensorTower mobile analyst Stephanie Chan wrote in a Thursday blog post.

Since Trump’s executive order was signed Signal saw 65,000 installations in the United States, an increase from 50,000 the week prior. SensorTower estimated that Signal saw roughly 10,000 daily installs in the period after the executive order, up from only 8,300 previously.

Trump signed the executive order to ban WeChat and TikTok, a social video sharing site owned by Chinese tech firm ByteDance, over concerns that both apps are siphoning U.S. users’ data with intent to use it to disrupt national security. Trump set a deadline of Sept. 15 for the bans to take effect. TikTok is in the process of negotiating potential sales to U.S.-based companies and Microsoft could make a purchase.

Other alternative apps are also seeing a boost in user count thanks to the forthcoming bans. Another Tencent-owned texting app called QQ aw its installations nearly triple in the six days following the executive order.

“Most of Signal’s users are in the U.S., where it saw 1.6 million installs in the first half of this year,” Chan wrote. “It has a much smaller user base in China than QQ, reaching 76,000 installs there in 1H20.”

Consumers are also testing out alternatives to TikTok, and similar competing apps including Byte, Dubsmash, Triller and Zynn saw installations rise 361% since Trump’s initial announcement about the TikTok ban on July 27.

Signal has recorded up 8.8 million lifetime installations across the U.S. App Store and Google Play marketplaces since it launched in July 2014.

The Wall Street Journal reported Thursday that executives at Ford Motor Co., Apple, Disney and Walmart recently participated in a conference call with the White House Aug. 11 to discuss the negative implications of a WeChat ban on their businesses.

“For those who don’t live in China, they don’t understand how vast the implications are if American companies aren’t allowed to use it. They are going to be held at a severe disadvantage to every competitor,” U.S.-China Business Council president Craig Allen said during the call.