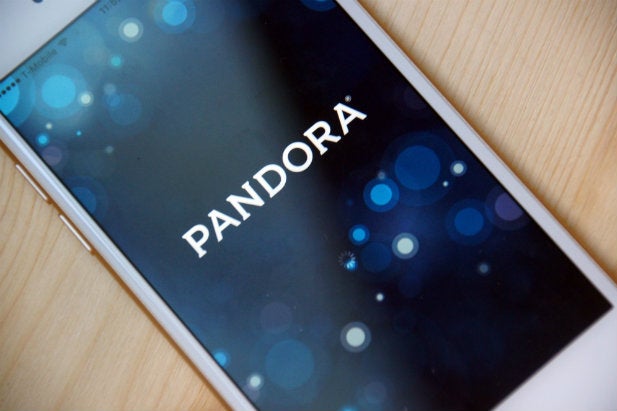 Led by SiriusXM chief content officer Scott Greenstein, the new team will be focused on creating original audio content in music, sports and talk that will range across comedy, politics and entertainment for Pandora listeners. The team will also develop original Pandora content for the SiriusXM audience, such as adding a multi-music-genre hits satellite radio channel that is curated based on Pandora’s thumbs-up user data.

“Eventually we could build that to be multiple channels based on Pandora data but in genre-specific channels,” Greenstein told TheWrap.

The goal of the new initiative is to get listeners to spend more time on the platform, Greenstein explained.

“We can now approach content providers and artists with a much larger multi-faceted platform, using Pandora and SiriusXM. For example, we are looking to enter into joint content deals with musicians that can include everything from a show or channel on SXM to a playlist or interactive channel on Pandora,” Greenstein said in a statement

The new content team is made up of 25 staffers that include Pandora’s VP of content and programming Alex White, Pandora VP of label relations Jeff Zuchowski, Pandora’s VP of editorial content Bill Crandall, and Lindsay Bowen, Pandora’s head of podcasts and entertainment content partnerships.

“Creating a dedicated team of talented and forward-thinking people is the first step in delivering great content that drives usage and engagement on Pandora,” Greenstein said. “I am very excited to engage in the collaborative work ahead to create great new content for both the Pandora and SiriusXM audiences.”

Without changing the brand, SiriusXM will attempt to use its experience in the radio market to help Pandora grow its user base and create what Greenstein describes as “listener buzz.”

“Pandora is a great brand, we are not changing that brand. But there are pages from our successful playbook that could help increase listenership and just create great listener buzz for the service” he added. “For example, our talk shows and channels are loaded with talent, and Pandora will be adding select SXM content from over 20 SiriusXM shows to its podcast platform. It will be derived from our radio shows but produced as a podcast containing the best material from our radio shows.”

Greenstein will continue to lead all of SiriusXM’s programming including commercial-free music, sports, news, comedy, talk and entertainment, on SiriusXM’s satellite and streaming platforms.

The creation of the new content team comes approximately five months after SiriusXM acquired Pandora in a deal valued at $3.5 billion. The newly joined company has roughly 40 million global audio subscribers, according to TheStreet.

“The addition of Pandora diversifies SiriusXM’s revenue streams with the U.S.’s largest ad-supported audio offering, broadens our technical capabilities, and represents an exciting next step in our efforts to expand our reach out of the car even further,” Sirius XM CEO Jim Meyer said in a statement at the time of the acquisition.