Snapchat, in a move akin to similar features on Instagram and TikTok, will now let users add songs to their Snaps and Stories from what the company calls a “robust and curated catalog of music.” The new feature, aptly dubbed Sounds, debuted on Thursday on iOS (Android users will not have access to the feature).

Sounds also kicked off with an exclusive partnership between Snapchat and Justin Bieber, allowing users to share a preview of his new song, “Lonely,” with Benny Blanco. The full song is set to release on Thursday night.

To use the feature, Snapchatters can use the music notes graphic on the right side of their screen. They’ll then be prompted to add a song from its curated list. (Snap has deals with several top music publishers, including BMG, Universal and Warner Music Group. Sony is the main publisher that’s missing.) Users can add a song before or after taking a pic or video. Here’s what it looks like on the app: 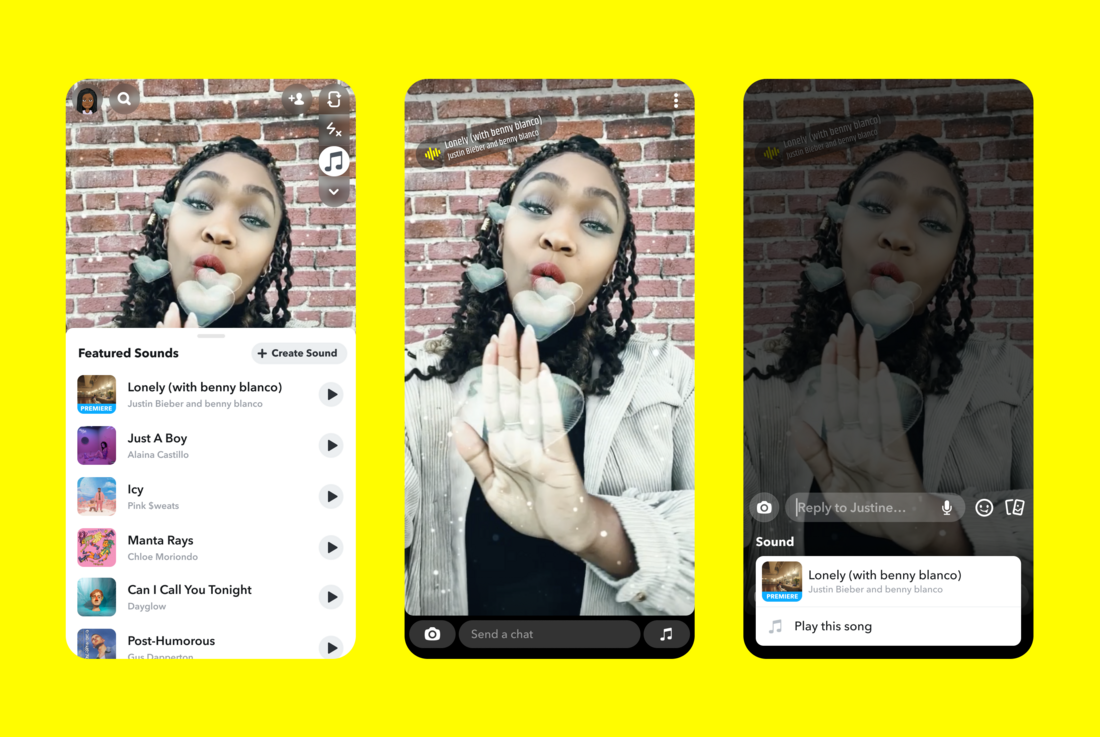 Users receiving a Snap with Sounds will be able to swipe up on their screen and check out more information, including song title and artist. They’ll also see a link to listen to the song on services like Apple Music and Spotify.