Tony Award winner Andrew Burnap (“The Inheritance”) has joined the cast of the live-action remake of the 1937 animated classic “Snow White and the Seven Dwarfs,” according to an individual with knowledge of the project. Burnap will play the male lead specifically created for the remake and will sing.

Burnap joins a cast that has “West Side Story” headliner Rachel Zegler attached to star as Snow White, and Gal Gadot playing the Evil Queen.

Marc Webb is directing the film, with Marc Platt producing. The film is expected to begin production this spring in the UK. 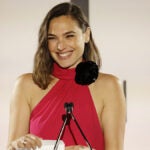 “Snow White and the Seven Dwarfs” is a biggie for the studio considering it is based on Disney’s first feature-length animated feature, which became a hallmark of its many global theme parks and is seen as not just a towering technological achievement but a storytelling feat as well. The film, which debuted back in 1937, was a runaway sensation and earned Walt Disney a special achievement Academy Award.

This new live-action adaptation, first announced in 2017, will feature new songs from the songwriting duo of Benj Pasek and Justin Paul (“Dear Evan Hansen,” “The Greatest Showman”). Pasek and Paul are no strangers to the world of Disney live-action remakes, having worked with Alan Menken on two new songs for “Aladdin.”

“Snow White and the Seven Dwarfs” joins an ever-growing list of live-action Disney remakes, including a “Cruella” sequel, a “Lion King” prequel (directed by Barry Jenkins), “The Hunchback of Notre Dame,” “Hercules” (produced by the Russo Brothers), and “Lilo & Stitch.” David Lowery’s “Peter Pan and Wendy” is the next live-action adaptation scheduled for release and will likely hit Disney+ sometime this year. (The Tom Hanks-led, Robert Zemeckis-directed “Pinocchio” is also being readied for Disney+ but a release date hasn’t been confirmed.)

Burnap, who scored a Tony Award last year for best lead actor in a play for his work in “The Inheritance,” will next be seen in “Under the Banner of Heaven” with Andrew Garfield and “WeCrashed,” starring opposite Jared Leto in the Apple+ limited series.

Burnap is repped by UTA and Beth Rosner Management.