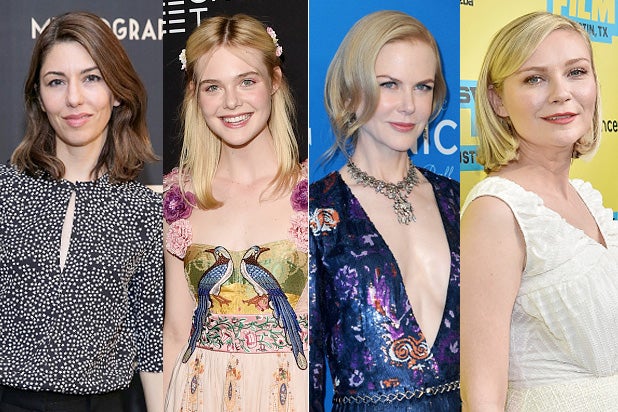 Sofia Coppola has found her next film after stepping away from a live action telling of ‘The Little Mermaid” at Universal.

The Oscar winner will write and direct a remake of “The Beguiled,” a 1971 drama that starred Clint Eastwood, an individual familiar with the deal told TheWrap. Coppola’s rep confirmed the project is in development at Focus Features.

Elle Fanning is on board to play a student at a Civil War-era girls boarding school. The film has also reportedly attracted Nicole Kidman to play the school’s head mistress, a role originated by the late Geraldine Page, and Kirsten Dunst to play one of the instructors. Reps for the stars did not immediately comment.

The institution is rocked by the arrival of a wounded soldier, who charms women of all ages inside the school, creating a storm of jealousy and betrayal. Frequent Coppola collaborator Youree Henley (“The Bling Ring,” “Somewhere”) is on board to produce.

The remake will retain its time period and is eyeing a 2016 start. A male lead has not yet been named, though the part is sure to be hotly sought thanks to the female cast and Eastwood legacy.

Coppola will work through her American Zoetrope production label, which was founded with her father Francis Ford Coppola and brother Roman Coppola. She’s represented as a screenwriter by ICM Partners. Fanning is repped by WME and Echo Lake Entertainment, Kidman by CAA and Geyer Kosinski’s Media Talent Group and Dunst by UTA and Management 360.

The story was first reported by The Tracking Board.