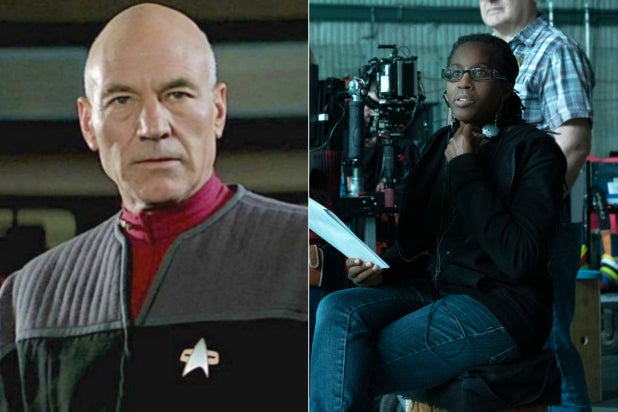 CBS All Access has found a director for its upcoming Jean-Luc Picard “Star Trek” TV show, announcing that Hanelle Culpepper will helm the first two episodes.

Though many female directors have helmed “Star Trek” episodes — including Culpepper — over its decades-long history, she will be the first to direct a pilot or debut episode. All 13 “Star Trek” films have been directed by men. Culpepper has helmed two episodes of “Star Trek: Discovery,” including the upcoming 10th episode of season two. She’s also directing episodes for AMC’s upcoming horror series, “NOS4A2.”

“Hanelle is a gifted and dynamic filmmaker whose directorial choices are always deeply rooted in character,” Alex Kurtzman, who is shepherding CBS All Access’ burgeoning “Star Trek” universe, said.. “I’ve been a huge fan of her work since she started with us on  ‘Discovery,’ and she’s the perfect person to re-introduce the beloved character of Picard to longtime fans and new viewers alike.  We’re thrilled she’s joining our Trek family on this next adventure.”

Patrick Stewart is reprising one of his most famous roles as the “Star Trek: Next Generation” captain in a new series that will follow the iconic character in the next chapter of his life. The series doesn’t have a premiere date, but it will debut at the end of this year.

During the Television Critics Association Press Tour last month, Kurtzman teased a Picard that may look quite different for fans of the series. “It’s been 20-plus years, so he couldn’t possibly be that same person anymore,” Kurtzman said.