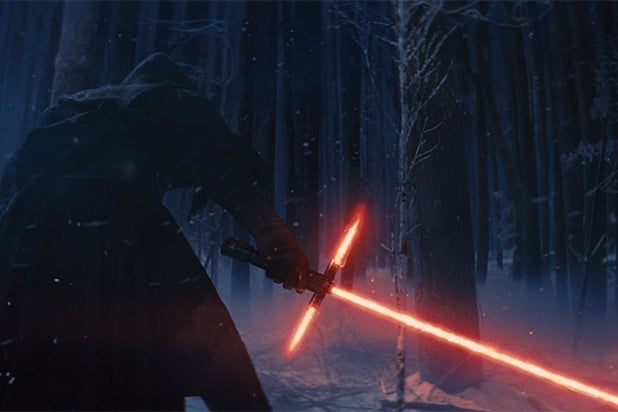 “Star Wars: Episode VIII” will be written and directed by Rian Johnson and will be released on May 26, 2017, while Gareth Edwards‘ standalone film set in the “Star Wars” universe will be titled “Star Wars: Rogue One” and released on Dec. 16, 2016, Disney announced during a call with investors on Thursday.

Felicity Jones stars in “Rogue One,” which is described as the first film in a unique series of big-screen adventures that explores the characters and events beyond the core “Star Wars” saga. Filming begins this summer in London.

Chris Weitz wrote the script, based on an idea by John Knoll, who will executive produce with Simon Emanuel and Jason McGatlin. Kathleen Kennedy and Tony To will produce and John Swartz will co-produce.

During the call, Disney chief Bog Iger also confirmed Johnson as the writer and director of “Star Wars: Episode VIII.” The film’s May 2017 release date marks 40 years and one day since the release of “Star Wars: A New Hope” in 1977.

Kathleen Kennedy and Ram Bergman are on board to produce.

“Star Wars: The Force Awakens” will be released on Dec 18 and will kick off the new “Star Wars” cinematic universe.