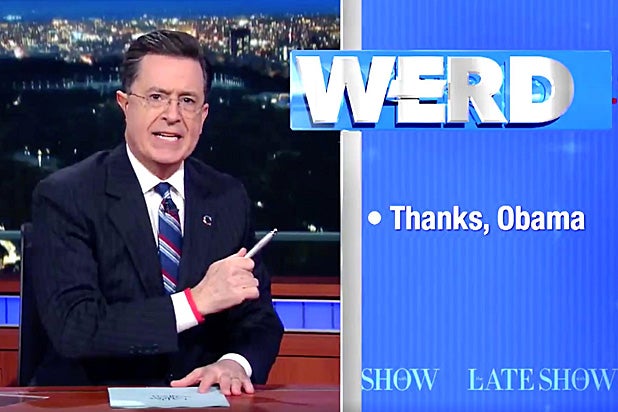 Stephen Colbert’s “Late Show” finished tops among total viewers from January 30-February 3, marking this iteration of the franchise’s first full-week victory versus originals since premiering back in early September 2015.

Jimmy Fallon and “The Tonight Show” still claimed all the specific demos, however. But among total eyeballs, the NBC staple fell just 12,000 viewers shy of its CBS competition, per five-day averages. ABC’s “Jimmy Kimmel Live” was quite a ways back from the other two 11:35 p.m. talk shows.

Jimmy Kimmel’s show was an encore on Friday.