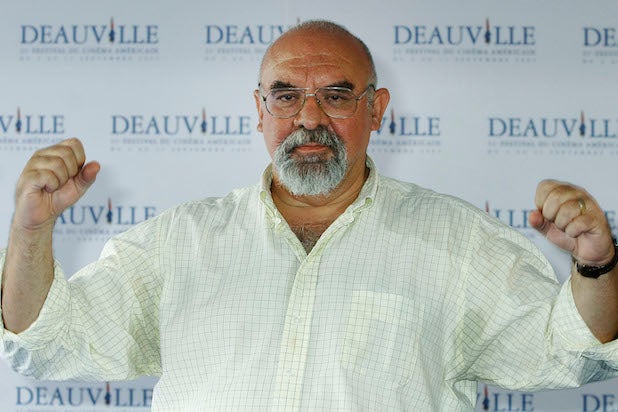 Stuart Gordon, the horror filmmaker known for his cult classics inspired by H.P. Lovecraft stories like “Re-Animator” and “Just Beyond,” has died. He was 72.

Gordon’s representative Dominic Mancini shared the news to Twitter on Wednesday morning. “I’m so gutted to see this & at a loss of words. To my dear friend & client, to one of my favorite filmmakers, to a constant beacon of light in the horror genre, to a man who did it better than most..goodbye Stuart. I’ll miss you,” Mancini said in a tweet.

Gordon was known for his bloody, body horror and sci-fi films, starting with “Re-Animator” in 1985 about the story of a doctor who learned to re-animate dead human tissue. The film won a Critics Prize at the Cannes Film Festival that year. He’d then direct “From Beyond” with much the same cast, including star Jeffrey Combs and Barbara Crampton, another Lovecraft tale about a group of scientists who develop a machine to see beyond normal, perceptible reality but find themselves attacked by otherworldly creatures.

Gordon was also known for co-writing the story on the Disney, Rick Moranis hit “Honey, I Shrunk the Kids,” a big hit for Disney that’s now getting remade as “Shrunk” with Moranis returning to acting for the first time in decades.

Gordon was born in Chicago and studied at the University of Wisconsin, Madison. He got his start in theater and founded a company called the Screw Theater in which he and his wife Carolyn Purdy-Gordon — whom he’d frequently kill off on-screen — got themselves arrested for obscenity for a new, political take on “Peter Pan.”

Later in his career, Gordon directed Dennis Hopper in the 1996 sci-fi comedy “Space Truckers,” he turned to film noir for an adaptation of David Mamet’s play “Edmond” starring William H. Macy, and his final film “Stuck” from 2007 starred Stephen Rea and Mena Suvari. His last project was in television, directing an episode of “Fear Itself” for NBC in 2008.

Sorry to hear about the great Stuart Gordon passing. Along with his storied career in theatre and independent film, he is in the horror hall of hame forever for films like ‘From Beyond’ & the outrageous gem that is ‘Re-Animator’. Put a plaque up at Miskatonic University for him. pic.twitter.com/Uv56Bc4Isd

I'm so gutted to see this & at a loss of words. To my dear friend & client, to one of my favorite filmmakers, to a constant beacon of light in the horror genre, to a man who did it better than most..goodbye Stuart. I'll miss you. ❤https://t.co/gripPBeTEa