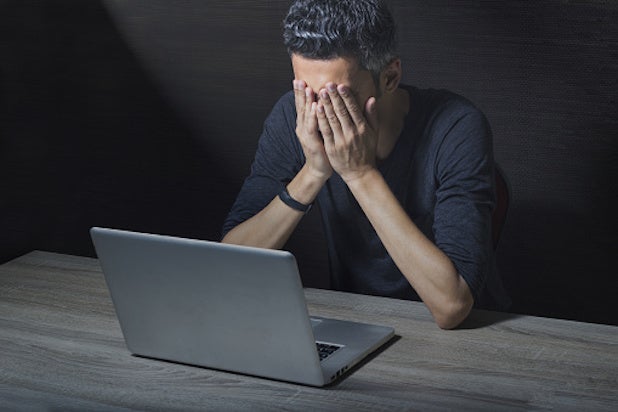 Subscription over-the-top TV (OTT) services have become ubiquitous. In the U.S., more than 50 million viewers currently subscribe to Netflix’s streaming service, Amazon Prime is reported to have over 60 million subscribers (albeit both free shipping and Prime Video users), while Hulu counts an estimated 12 million subscribers. In addition to the “Big 3,” in recent years, various sports, special interest and other OTT services have been launched and subsequently grown, as have non-video subscription platforms (among them Spotify, Pandora Plus/Premium and Apple Music).

The rapid ascent of the subscription entertainment industry raises several key questions, including:

L.E.K. Consulting’s recent Media & Entertainment survey offered some insight into the growing subscription fatigue in the U.S. while 70% of consumers across different age groups believe they currently have the right number of entertainment-based subscriptions, a net of 18% felt they had too many (i.e., 24% indicate too many and 6% indicate not enough; see Figure 1). 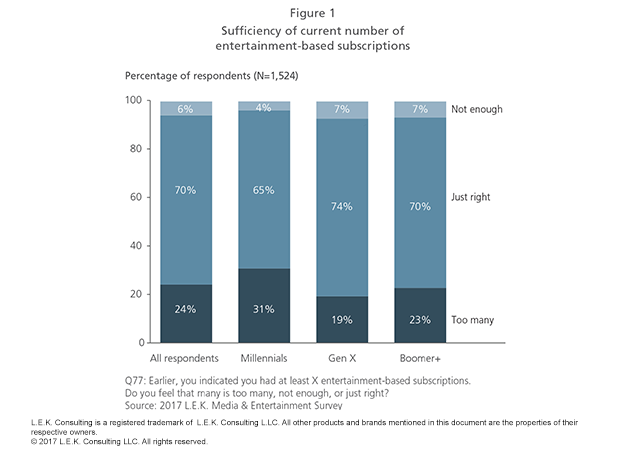 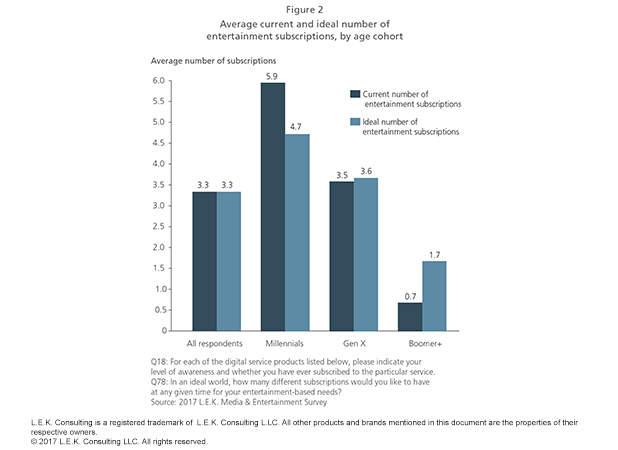 When asked how many subscriptions are adequate, the aggregate response among consumer groups is 3.3 services (see Figure 2 above). Ironically, Millennials, despite being more receptive to OTT in general (and targeted accordingly by the industry), nonetheless have roughly 1.2 more services than they actually want, according to the survey. By contrast, the Boomer+ generation appears undersubscribed by 1.0 services. The takeaway: New service launches may have a greater chance of succeeding by refocusing on older viewers.

Check back next week for Part 2 of our findings on OTT Fatigue and what the future holds for Millennials and the rest of us.

We would love to hear from you! Be sure to have your say and share your thoughts in the comments
below!

This is Part 1 in a series by Alex Evans and Dan Schechter from L.E.K. Consulting’s Media & Entertainment practice.