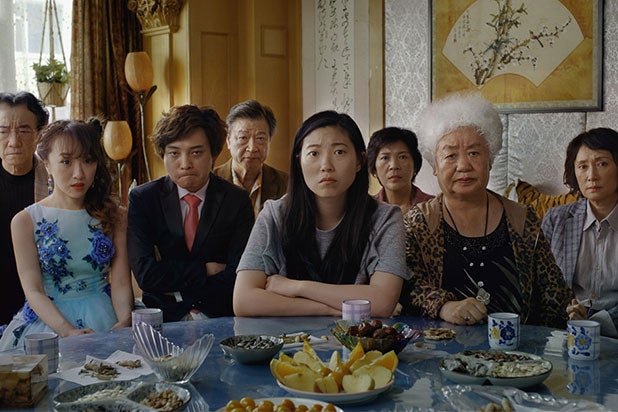 Once again, the Sundance Film Festival will play host to another round of negotiations and bidding wars amongst studios and streamers hoping to find the next big indie hit. But there’s no guarantee that Park City will produce any big box office winners, as last year’s Sundance proved.

Among the highest-grossing films that debuted at Sundance in 2019, Lulu Wang’s “The Farewell” earned $17.7 million in North America after being acquired by A24 for a reported $6 million. And “Fighting With My Family,” a biopic that premiered at Sundance but had its distribution rights acquired by MGM in 2017, grossed $23 million domestic and $39 million worldwide.

So what happened? Part of it is that, as always, festival acquisitions are like panning for gold. Amazon Studios, who had big success at Sundance in the past with Oscar winner “Manchester By The Sea,” spent $13 million each for the comedies “Late Night” and “Brittany Runs A Marathon,” but failed to find theatrical success with either film.

“Late Night” failed to make back its marketing costs with $22.9 million grossed worldwide while “Brittany Runs A Marathon” flopped with only a bit over $7 million grossed. By the end of the year, Amazon had ended its policy of full theatrical runs for all its films, releasing their other $14 million Sundance acquisition, “The Report,” in theaters for two weeks before a late November streaming launch.

“I think that after the big bets that some studios, particularly Amazon, didn’t pay off, we’re going to see buyers being a lot more selective this year,” Exhibitor Relations analyst Jeff Bock told TheWrap. “There’s always the possibility of a film really performing well with Sundance audiences that ends up with the right distributor and finds a wider audience, but that is becoming harder to find.”

Bock does note that there are some genres that are an exception. One of them is horror, which relies less on big name stars to bring in fans of the genre and more on a strong concept that can be easily conveyed by a trailer. This is what allowed “Hereditary” to have a solid run in 2018 despite polarizing audiences.

The other category is documentaries, which had a big boom in 2018 with “Won’t You Be My Neighbor?” and “Three Identical Strangers” but had no comparable hits in 2019. The closest was NEON’s “Apollo 11,” which grossed a respectable $9 million in North America.

“When made or bought for the right price, horror and docs can become low-risk, high reward opportunities for indie studios to have a breakout success. In the case of docs, it will need to likely have a topic that taps into the zeitgeist like biographics about Mister Rogers.”

But even if there end up being those kinds of films available, will they even end up in the hands of a distributor that will release it theatrically? One film that might have been a success theatrically was the documentary “Knock Down The House,” which followed Alexandra Ocasio-Cortez’s unexpected rise to Congress as it happened. Premiering at Sundance just as the newly-elected congresswoman was beginning her term in office, it had the same feeling of political immediacy that 2018 hit doc “RBG” had.

Instead of hitting theaters, Netflix bought the rights to the film for a $10 million sum, sending it to streaming. While Netflix and other streamers are providing more opportunities for up-and-coming filmmakers to find a buyer for their work, they have become more competition for the traditional distributors to get the films with the biggest box office potential to theaters.

If those populist docs go to home release only, there’s still another reason buyers might keep digging in the doc section: awards potential. NEON found the hidden gem of Sundance 2019 with “Honeyland,” a film that didn’t make much at the box office — just $726,129 — but made history by becoming the first documentary to be nominated for both Best Documentary Feature and among scripted films for Best International Feature.

Combined with the success of “Parasite” — a Cannes acquisition for Tom Quinn and Tim League’s studio — “Honeyland” has helped NEON make a name for itself as a place for quality indie work in much the same way that films like “Ex Machina” and “Amy” helped put A24 on the map.

We won’t know which festival entries might have a chance of turning around Sundance’s box office slump until interviews and buzz start pouring in this weekend. But if this year’s most popular films end up performing more like “Late Night” instead of like “The Big Sick,” then it might be time to really start talking about whether Sundance is transitioning from feeding arthouse theaters to debuting content for the plethora of streamers that will be taking the 2020s by storm.