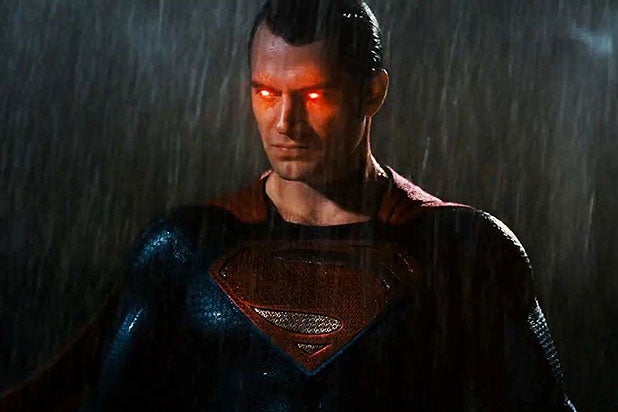 If you need proof that “Batman v Superman: Dawn of Justice” is more of a Batman film than a sequel to “Man of Steel,” just look at the script.

Reddit user coolerthanabagofice has gone through the entire script of Zach Snyder’s commercially successful but critically battered DC film and counted up all the instances in which Superman or alter ego Clark Kent speak. As it turns out, in a movie with a two-and-a-half-hour run time, Henry Cavill has only 43 lines of dialogue.

The substance of those lines is severely lacking too; Superman’s longest statement in the film is one in which he forsakes his faith in truth, justice and the American Way:

“I’m afraid I didn’t see it because I wasn’t looking … All this time, I’ve been living my life the way my father saw it. Righting wrongs for a ghost. Thinking I’m here to do good. Superman was never real, just a dream of a farmer from Kansas.”

Beyond that, 36 of his 43 lines are 12 words or less. In some of his scenes, Superman appears to say the minimum necessary to allow the other person in the scene (Batman, Lex Luthor, etc.) to carry the dialogue. He says nothing at all when receiving advice from Martha Kent, nor when he arrives at the Senate, and if coolerthanabagofice’s accounting is to be believed, Superman’s total contribution to the script is 491 words.

There have been arguments from disgruntled DC fans and critics since the release of “BvS” that Zach Snyder at best doesn’t understand Superman, and at worst outright hates the character. As evidence for their case, critics have cited fight scenes in which Superman openly displays his power without concern for the consequences, the reduction of Jimmy Olsen to a throwaway character, and of course, Superman’s fate at the end of the film.

This most recent tally of Superman’s nominal contribution to a script in which he’s a principle character makes that case more convincing.