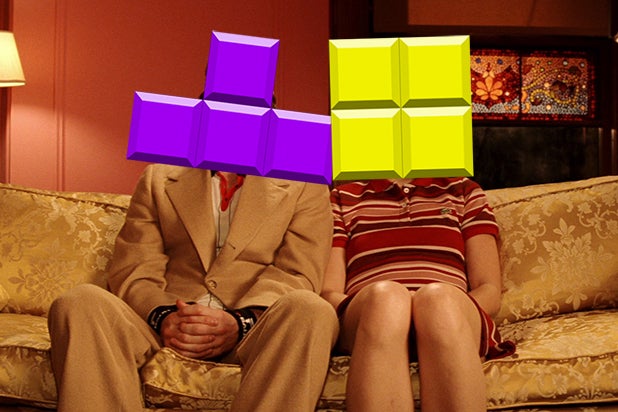 Threshold Entertainment has announced a Tetris movie is in the works, much to the chagrin of people everywhere with taste. Industry skeptics question if the movie will ever get made, but we figured it might be fun to play along anyway.

Considering the flop that was 2012’s “Battleship,” we understand why many think another game-based movie is an awful idea. But Threshold was the company that adapted “Mortal Kombat” into a somewhat serviceable flick, so who’s to say they couldn’t do even better with a video game even more people enjoy?

Maybe all it needs is the right person at the helm!

Given the right director, TheWrap is convinced “Tetris: The Movie” could be a wonderful film. Here are the five auteurs we’d love to see take a crack at the material…

“The Godfather” and “The Godfather II” are two of the greatest immigrant stories ever told, so who better to direct “Tetris” than Francis Ford Coppola? It is, after all, the story of how a Soviet-born tile matching game made its way over to the U.S. during the height of the Cold War.

“Some day, and that day may never come, I’ll call upon you to do a service for me. But uh, until that day — accept this Tetris block as a gift on the day my daughter matched her first line.”

The “Goodfellas” director is well known for long takes, iconic soundtracks and marvelous mobster movies, but any film scholar will tell you Martin Scorsese is also a deeply religious man. If he could secure the rights to Tetris, we could definitely see the auteur using those colorful blocks to retell his 1988 Willem Dafoe classic “The Last Tetris-ation of Christ.”

The surrealist Spanish director died in 1983, but he would’ve been a top choice to direct an experimental film comprised entirely of Tetris blocks.

“The Royal Tenenbaums” director’s flair for colorful production design lends itself perfectly to a movie about Tetris blocks. More so, Anderson has a knack for quirky characters and we can’t imagine anyone getting more from a neon yellow four-by-four than him.

Between “Seven,” “Fight Club,” “The Girl With the Dragon Tattoo” and “Zodiac,” most associate Fincher with a dark, dingy color palette. But imagine if he were granted access to those vibrant color blocks from Tetris? Maybe he could use them to create an uplifting epic that doesn’t end with one block finding the head of another block in a box.