Denzel Washington in a recent interview revealed he’s gearing up to return for “The Equalizer 3,” a sequel to his action franchise with director Antoine Fuqua, and two individuals with knowledge of the project told TheWrap that Fuqua is also in talks to return as a director on the film.

Washington told Collider that he’s scheduled for the third “Equalizer” film and that he’s getting back into action star shape after most recently starring in “The Tragedy of Macbeth.”

“They have written the third ‘Equalizer,’ so I’m scheduled to do that. So I gotta get in shape and start beating people up again,” he said. “I get to beat people up again. ‘The Tragedy of Macbeth’ and then going and beating some people up. Can’t get any better, right?” 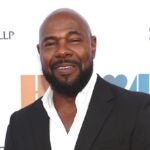 No screenwriter has been revealed for “The Equalizer 3.”

“The Equalizer” first was released in 2014 and starred Washington as a former marine named Robert McCall who tries to rescue a young girl from violent Russian mobsters. The original film made $192 million worldwide, and the follow-up, released by Sony’s Columbia Pictures in 2018 and Denzel’s first ever sequel, also made $190 million. The franchise, which was originally based loosely on an ’80s TV series, has also been more recently adapted as a series on CBS starring Queen Latifah.

Fuqua most recently directed Jake Gyllenhaal in the thriller “The Guilty” for Netflix, and he’s also meant to direct a filmed adaptation of the Tennessee Williams play “Cat on a Hot Tin Roof.”

Collider first reported the news of “The Equalizer 3.”