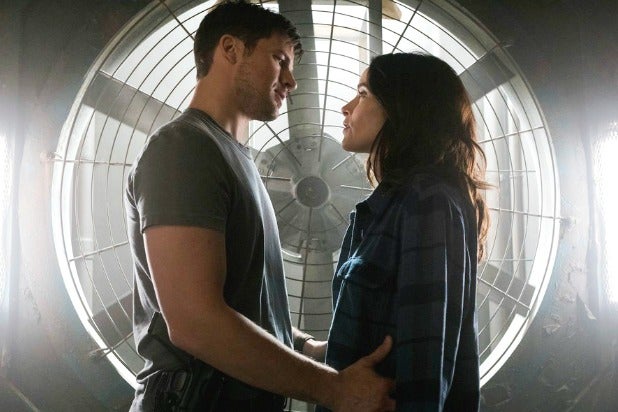 NBC has given “Timeless” fans the greatest Christmas present of all: an air date for the two-part series finale.

Co-creators Eric Kripke, Shawn Ryan and showrunner Arika Lisanne Mittman are promising fans “an epic, unforgettable thrill ride through the past, present and future, with a healthy dose of Christmas spirit.”

Per NBC: “Spread across three centuries and two continents, the finale will test Lucy, Wyatt and the entire Time Team like never before as they try to #SaveRufus, preserve history and put a stop to Rittenhouse once and for all.”

“Timeless” — which had been in limbo while awaiting a renewal decision for months after wrapping Season 2 — was canceled for the second time by NBC in June. Self-professed “Clockblockers” suffered through the series getting canceled the first time last spring after just one season, though that decision was quickly reversed by NBC following a huge wave of support from viewers via social media.

While the outcry following the second cancellation wasn’t enough to get the broadcaster to bring the show back (again), NBC and studio Sony Pictures Television struck a deal in July to produce the two-hour finale.