There’s more “Titans” ahead. HBO Max announced today at the virtual fan event DC FanDome that the DC Comics adaptation will return for Season 4, while also releasing a first look at the Season 3 finale which airs on the streaming service on October 21.

“Titans” follows a younger generation of DC heroes and began life as an original series on the short-lived streaming service DC Universe. Brenton Thwaites leads the cast as Dick Grayson (aka Robin), but the show has trafficked in a much darker, more R-rated tone than the DC shows that air on The CW.

The first two seasons of “Titans” aired on DC Universe, but when that streaming service was shuttered, the show moved to HBO Max for its third season. The show has clearly been popular enough on HBO Max to warrant further stories, as the streaming service made the Season 4 renewal official before Season 3 has concluded. 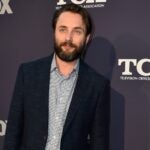 In terms of interconnectivity and continuity, thanks to the CW crossover event “Crisis on Infinite Earths,” “Titans” takes place in its own alternate universe — “Earth-9” — entirely separate from Ben Affleck’s Batman and Robert Pattinson’s Batman. But DC is looking to expand the idea of the “multiverse” with the upcoming “The Flash” movie, so maybe there might be some crossovers in the future. In the meantime, on “Titans” Batman is played by “Game of Thrones” alum Iain Glen.

“Titans” is produced by Weed Road Pictures and Berlanti Productions, in association with Warner Bros. Television. Based on the characters from DC, the series was developed by Akiva Goldsman, Geoff Johns & Greg Berlanti, with Goldsman, Johns, Berlanti, showrunner Greg Walker, Sarah Schechter and Richard Hatem serving as executive producers.

Check out the “Titans” Season 3 finale sneak peak above.