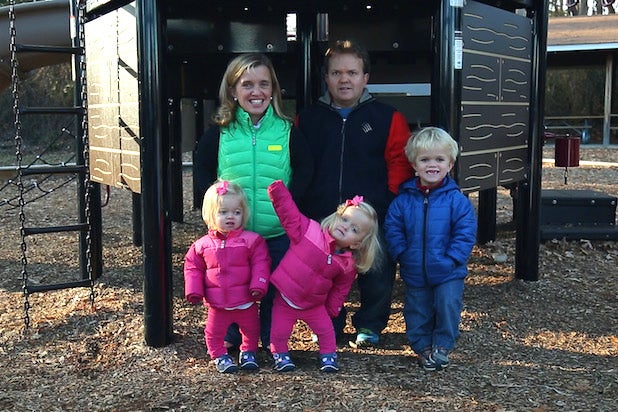 TLC’s new reality show “Our Little Family” is set to debut on Feb. 17 at 10 p.m., the network told TheWrap exclusively.

The series, produced by Discovery Studios, chronicles the lives of the five-member Hamill family — parents Dan and Michelle, along with their son and twin daughters — who are all diagnosed with a form of dwarfism.

As the Hamill children become more aware that they’re different from other kids, Dan and Michelle use their own experiences to help them overcome their physical challenges and learn to adapt to the world around them.

Both Dan and Michelle are proud little people who are thrilled their kids (Jack, Cate and CeCe) are just like them. But growing up in an average-sized world has its complications, and they know the road ahead is not going to be easy.

This is not the first time TLC has featured little people in its lineup. “Little People, Big World,” currently in its eighth season, follows the life of the Roloff family, who live on a farm near Portland, Oregon. Since the show began airing, the farm has become a popular tourist destination. The Season 7 finale garnered 2.3 million total viewers, the network’s highest rated episode in six years with Women 25-54.

Watch the exclusive sneak peek for “Our Little Family” here.