Don’t expect the Chrisley family to disappear from your TVs any time soon. They’ve got a slate of new and renewed series airing across E! and USA Network.

On Tuesday, E! announced it had greenlit a new reality dating series titled “Love Limo,” which will be hosted and executive produced by Todd Chrisley. The series is set to air next year.

Here’s a logline for the series:

When it comes to matters of the heart, singles are willing to do almost anything to find love, even if that anything is putting their dating life into the hands of Todd Chrisley. In the new series “Love Limo,” hosted and executive produced by Todd Chrisley, he guides one unlucky-in-love single on a whirlwind day of speed dating that will hopefully end in the date night and match of their dreams. Todd believes you can learn everything you need to know about someone else in the first 20 minutes of meeting them and he’s about to put that theory to the test.

The network also renewed the reality show “Growing Up Chrisley” for a fourth season. Season 4 will begin streaming on Peacock in July.

The docuseries follows Chase and Savannah Chrisley as they embrace adulthood in their hometown of Nashville. Now in their mid-20s, the sibling duo are entering a new chapter in their lives as they navigate new and old relationships, businesses and family dynamics. 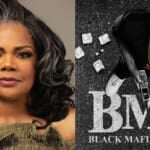 Over on USA Network, “Chrisley Knows Best” has been renewed for Season 10. It is currently USA’s most-watched original series. The series gives a glimpse into the life of the outspoken patriarch Todd Chrisley and his amusing family, which includes doting wife Julie, headstrong children Chase, Savannah and Grayson, adorable granddaughter Chloe, and Todd’s mother, Nanny Faye.

All past seasons of “Chrisley Knows Best” and “Growing Up Chrisley” are streaming on Peacock. 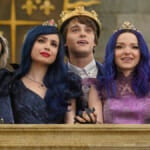